Stronsay’s unique shape earns its title as Orkney’s “Isle of Bays”, with narrow strips of land separating the island’s three largest bays: St Catherine’s Bay to the west, Mill Bay to the east, and Bay of Holland to the south.

Stronsay’s unique shape earns it the title Orkney’s “Isle of Bays”, with narrow strips of land separating the island’s three largest bays: St Catherine’s Bay to the west, Mill Bay to the east, and Bay of Holland to the south. The island’s main industries are reflected in its Old Norse name “Strjónsey”, meaning a good place for fishing and farming.

Stronsay’s main settlement, Whitehall, is notable for its substantial buildings that hint at a prosperous past. Stronsay was Orkney’s most important fishing port during the herring boom of the late 19th and early 20th centuries and a flourishing herring fishing industry brought prosperity to Whitehall as a vibrant hub for fish-processing activity. At the industry’s peak there were over 1,000 inhabitants on the island while the population swelled to a workforce of 5,000 during the fishing season. With up to 300 fishing boats moored in Whitehall it was said that a person could walk from boat to boat right across the harbour without touching the water.

The First World War brought the herring trade to a standstill and herring catches declined. The outbreak of the Second World War in 1939 marked the final collapse of the herring industry from which it never recovered. One of the last visible relics of the herring boom is the concrete wreck of A.C.W.11, a coal barge which ran aground in 1936 at the entrance of the Bay of Franks, less than 2 km from Whitehall.

Bay of Franks and the coal barge wreck

The extensive shallow waters of the Bay of Franks contain a spectrum of habitats that support many fish species, crab, lobster and sea mammals such as seals and otter. Protected from strong wave action, the bay’s stands of seaweed have become particularly well developed, forming an extensive mosaic of seaweeds separated by patches of sediment.

The wreck of the A.C.W.11 coal barge provides an opportune structure for artificial reef development in the middle of the bay. It is covered by a rich community of encrusting animals and seaweeds and attracts shellfish and shoals of fish.

Seagrass beds (Zostera species) are found in sheltered, sandy bays around Stronsay, including the Bay of Franks. Locally called “mella” or “mallow”, this seagrass is one of very few types of marine flowering plants. The seagrass roots bind and stabilise the sediment, helping to prevent seabed erosion. The beds enhance biodiversity by providing a sheltered habitat for a variety of marine creatures including the pipefish, and are used as nursery areas by commercially important species such as crabs, flatfish and pollack. Seagrass beds are recognised in national and international conservation lists, as well as in Orkney’s Local Biodiversity Action Plan, reflecting their vulnerability and importance as a marine habitat.

The north-western side of the Bay of Franks is connected to a coastal lagoon, the Oyce of Huip. This inner lagoon is separated from the larger bay by a spit of rock and shingle that nearly encloses the entrance of the Oyce, leaving a narrow channel only 40 m wide. As the tides rise and fall, water flows through this channel enhancing the tidal currents. The species found here thrive in the faster flowing water, including mermaid’s tresses (locally called “madroo”), strands of sea oak carrying many other attached organisms, and velvet horn seaweed, which is relatively uncommon in Britain. The inner area of the Oyce is a much more tranquil environment, where a forest of knotted wrack flourishes.

The sheltered and shallow waters (most less than 5 m deep) of the Bay of Franks and its neighbouring inlet, the Oyce of Huip, provide excellent snorkelling opportunities. These include mixed shallow seabed areas in the outer bay and approaches to the A.C.W. 11 wreck site, the wreck itself, shallower waters at the entrance to the Oyce and the ultra-sheltered waters further within. 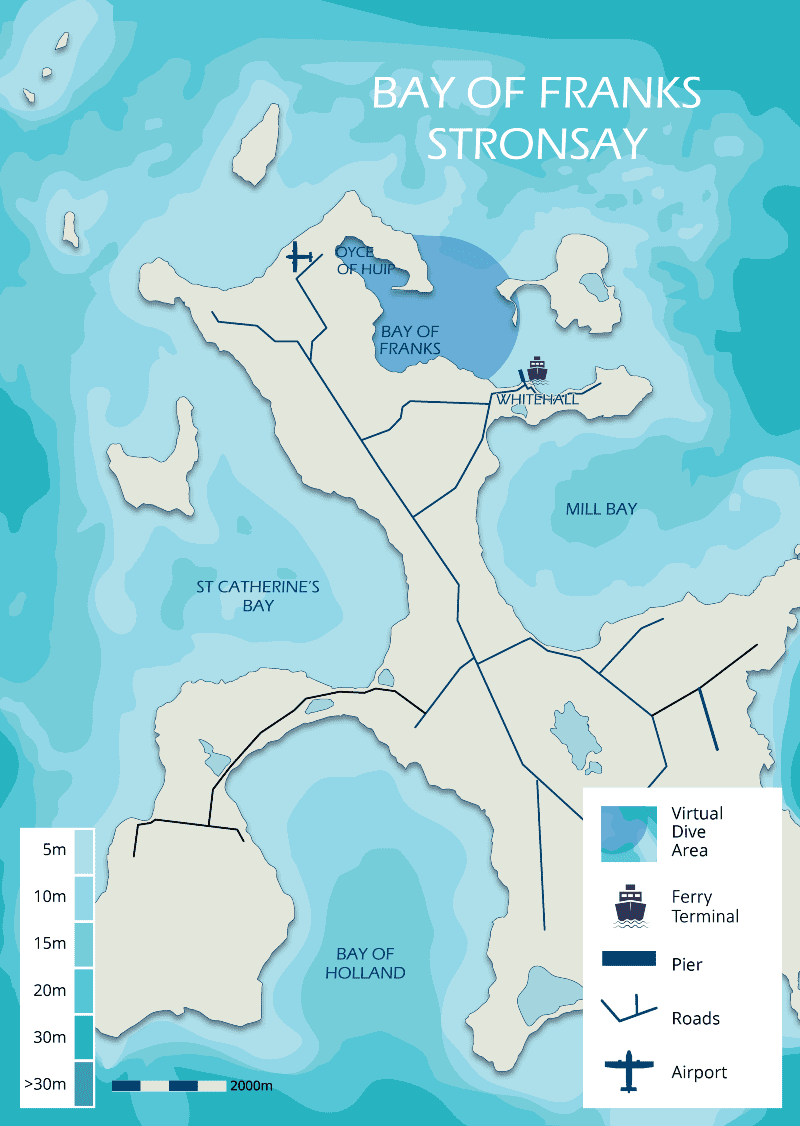 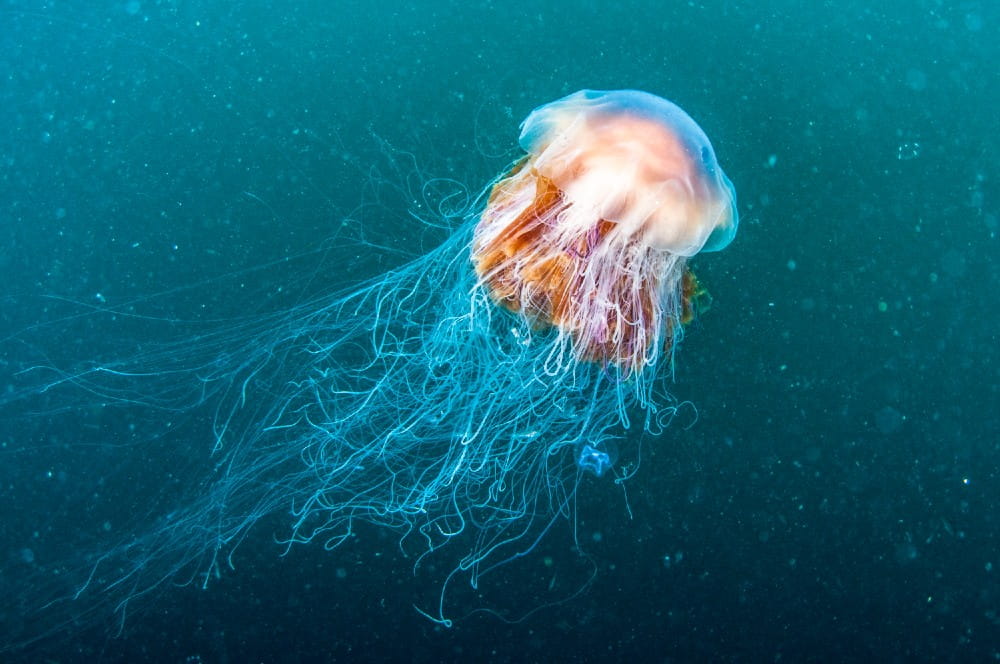 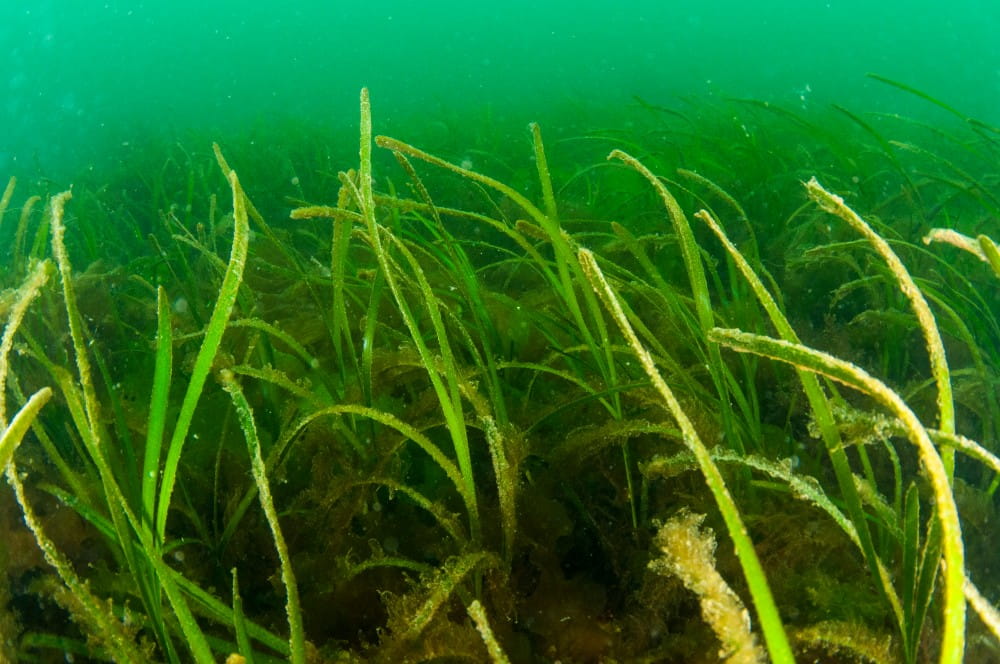 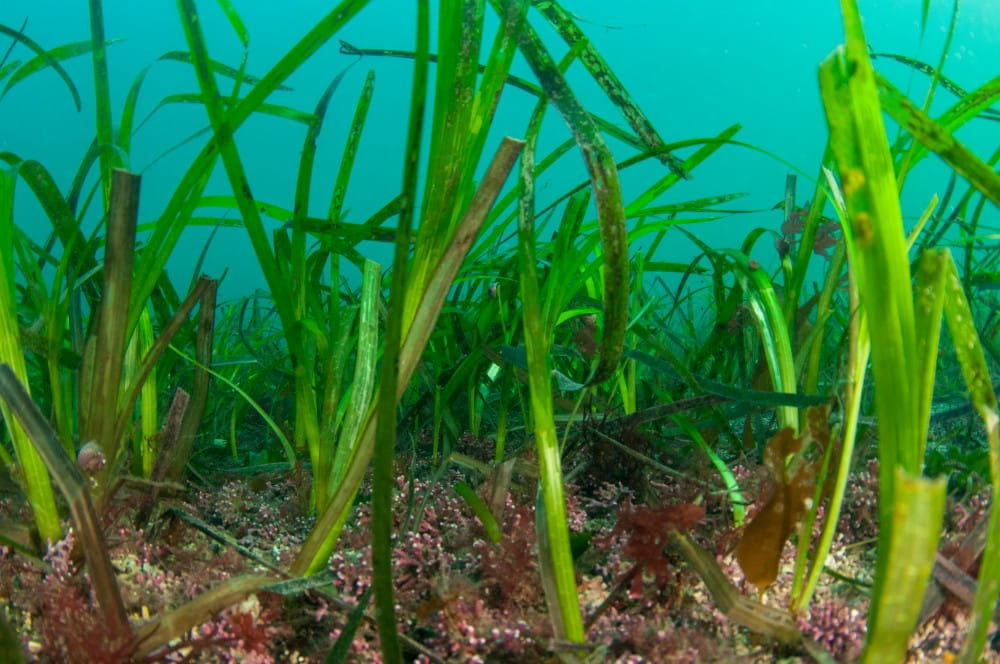 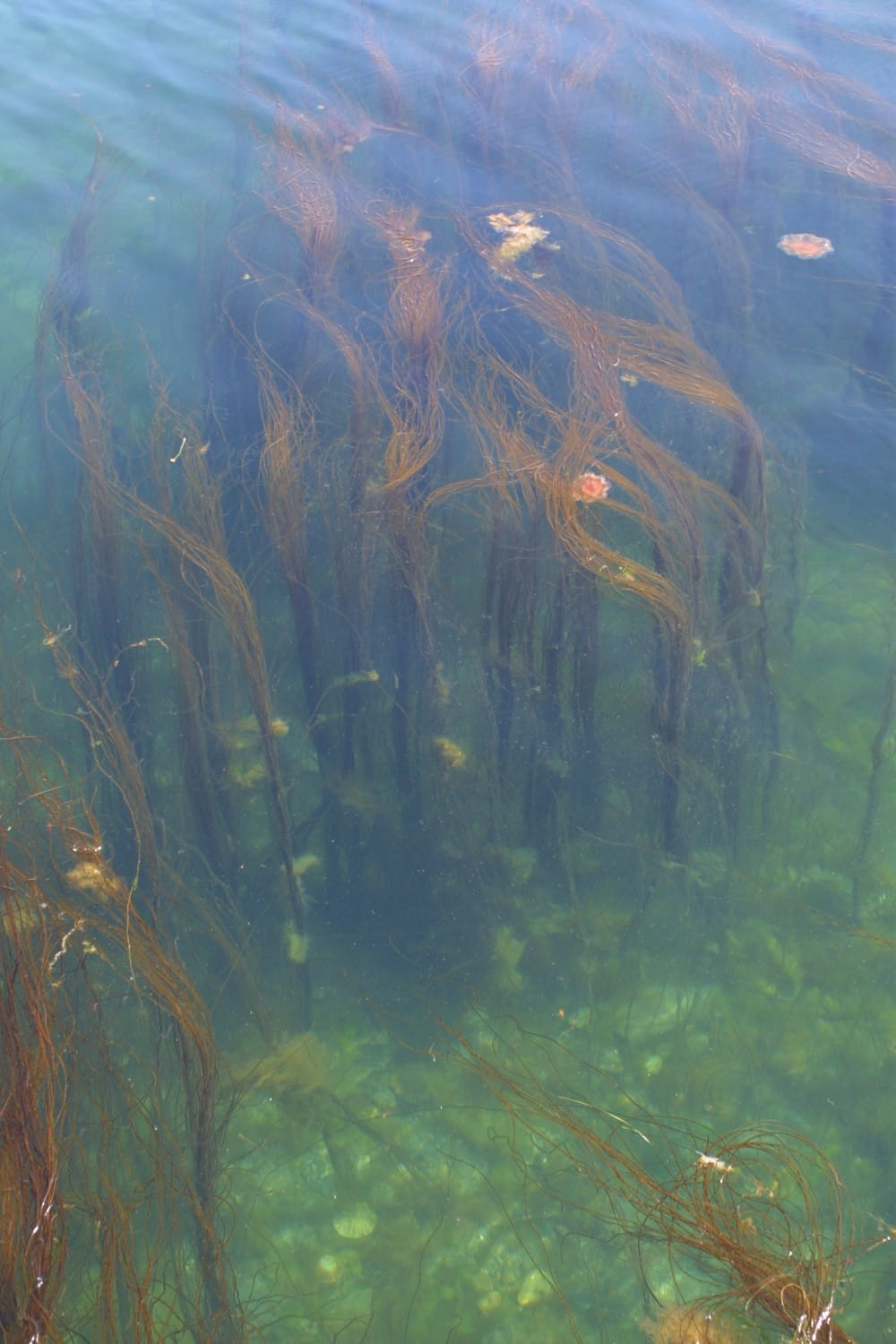 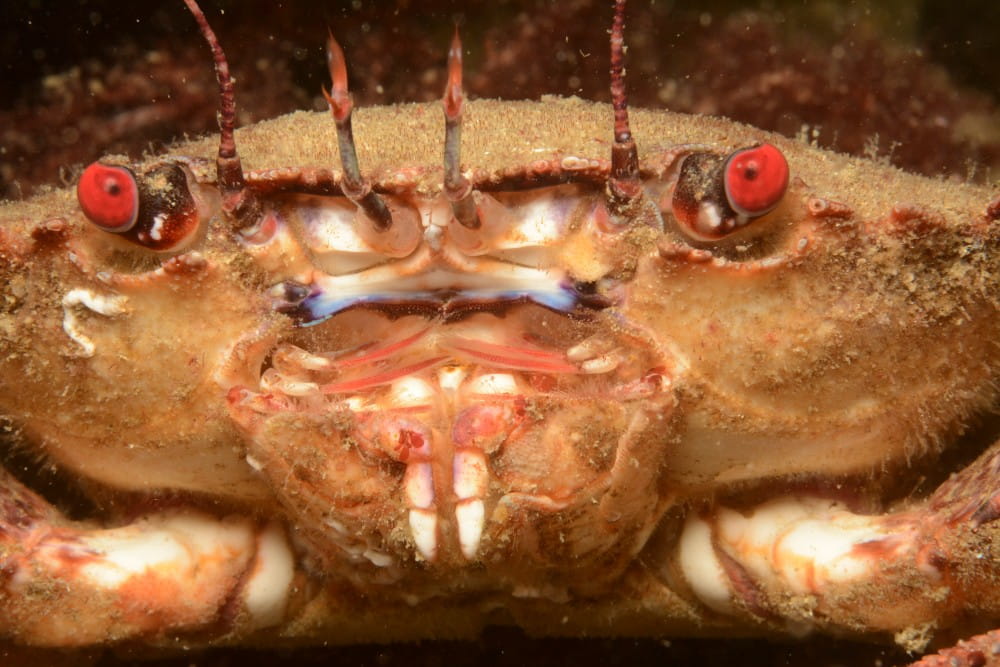 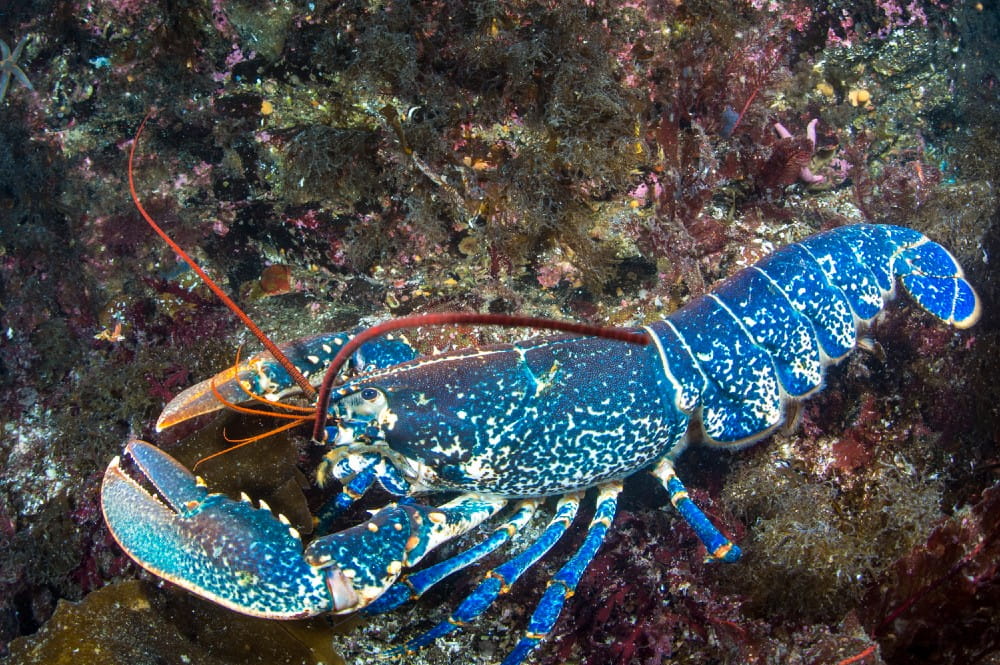