Rising only 23 m above sea level, North Ronaldsay is the northernmost of the North Isles.

North Ronaldsay is the most northern and isolated of Orkney’s North Isles. The island is just 5 km long and very flat, rising to only 23 m above sea level. It is exposed to the uninterrupted power of the ocean in all directions except its south westerly quadrant, where the other islands of Orkney afford it some protection. Old traditions of dialect, music, stories and crafts continue to thrive amongst the 80 or so residents of North Ronaldsay and visitors are drawn to the island’s cultural, built, and natural heritage. One famous landmark, a listed historic monument, is the “sheep dyke”, a drystone wall encircling the island. It was completed in the mid-19th century to restrict North Ronaldsay’s native sheep mainly to the foreshore, away from the prime farmland. These rare breed sheep have become adapted to a diet based predominantly on seaweed instead of on grass. North Ronaldsay is also renowned amongst birdwatchers for its diverse array of spring and autumn migrants and frequent rarities. The island’s isolated geography provides a staging post for birds migrating north or south between their breeding and wintering grounds, and a resting place for vagrant birds blown off course from their usual migration routes. The North Ronaldsay Bird Observatory was established in 1987 to study and record the island’s rich avian diversity.

The seas around North Ronaldsay are in almost constant motion due to the island’s exposure to waves and swell. As the tide ebbs and flows between the Atlantic Ocean and the North Sea, strong tidal streams form off of either end of the island. These relentless waves and churning tides combine to create dangerous waters for shipping and small boats.

Over the centuries, shipwrecks have been a regular occurrence around the North Isles, and particularly around North Ronaldsay and its nearby shallow rocky reefs and skerries. The Reef Dyke skerry was particularly hazardous, and caused the catastrophic wreck of the Swedish East Indiaman vessel Svecia in 1740. Following this event, Orkney-based cartographer Murdoch Mackenzie produced the first accurate chart of the coastline around North Ronaldsay. His work revolutionised mapmaking, establishing standards which were not surpassed until the development of the modern admiralty chart.

As Orkney’s most northerly land mass, low-lying and surrounded by navigational hazards, North Ronaldsay was one of the first sites in Scotland to merit a lighthouse. The historic Old Beacon at Dennis Head, completed in 1789, is the oldest surviving purpose-built lighthouse tower in Scotland and a nationally important scheduled monument. A new lighthouse was built in 1852, twice the height of the Old Beacon and, at 42 m, the tallest land-based lighthouse in the UK.

Wreck-diving is a major recreational activity throughout Orkney, particularly on Scapa Flow’s famous world war relics, although the North Isles’ seabeds are also home to numerous wrecks. North Ronaldsay’s powerful seas have flattened many of its wreck structures and make diving on the wrecks notoriously difficult. Consequently, to find a suitable place to explore a wreck in detail, our dive team selected the more sheltered waters east of Mill Bay, Eday, where the 32 m military steam tug Oceana lies in 15 m of water. After sinking following a collision with another vessel in 1915, this ship was partially salvaged to remove her armaments, and what was left remains on the seabed in three upright sections.

Over time, submerged wrecks become artificial reefs as the ships’ complex structures provide habitat and shelter for a variety of seaweeds and marine creatures, and eventually develop into biodiversity hotspots. In wave and current swept waters like those around North Ronaldsay, wreck sea life can be less diverse, and the aptly named colonial soft coral “dead man’s fingers” often dominate the community, along with barnacles, sea urchins, shellfish and fish. In the less harsh conditions found off Eday, the associated seaweeds and animals growing directly on wreck surfaces are more varied and profuse. This encrusting ‘turf’ includes red seaweeds, sponges, corals, sea squirts, and colonial animals known as hydroids and bryozoans. More mobile animals including crabs, sea urchins, colourful starfish, and fish such as wrasse and pollock are, in turn, attracted to the shelter and feeding opportunities afforded by wrecks.

Orkney’s shipwreck habitats are treasured for both their archaeology and marine life by local, visiting recreational and scientific diving communities. Documenting historic wrecks and the rich communities of sea life they support is an ongoing activity, involving close collaboration between researchers and volunteer divers. 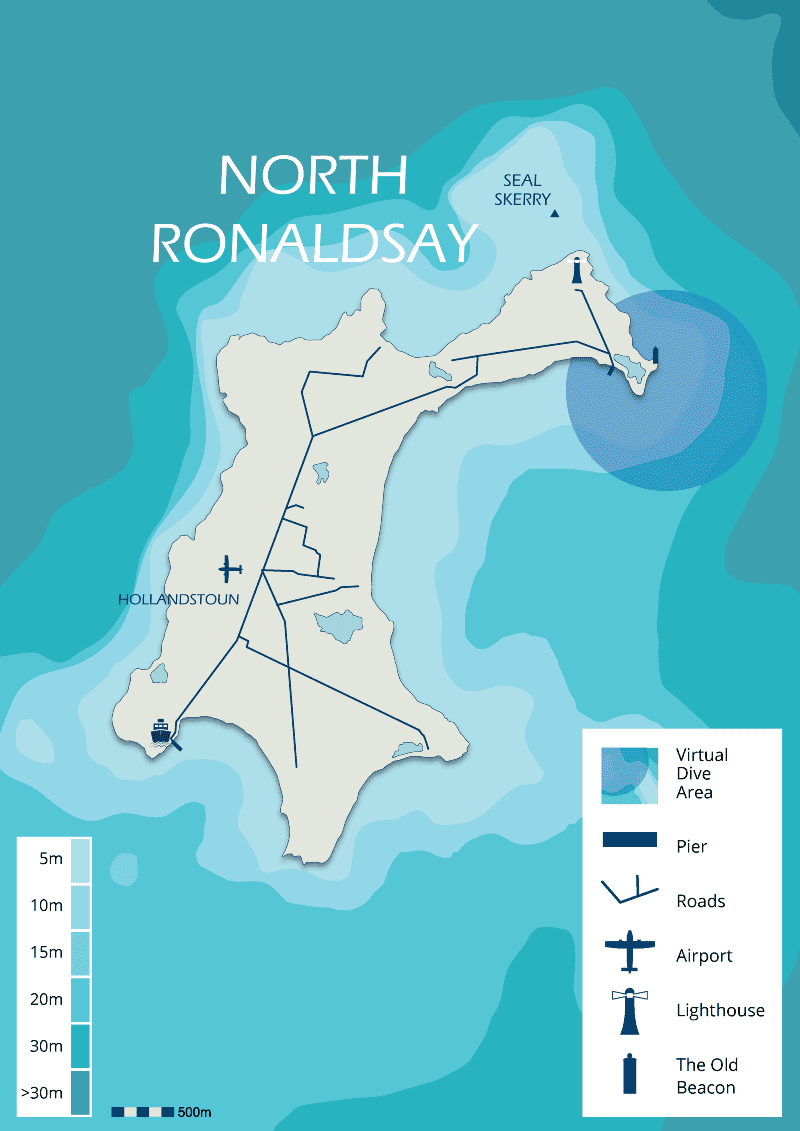 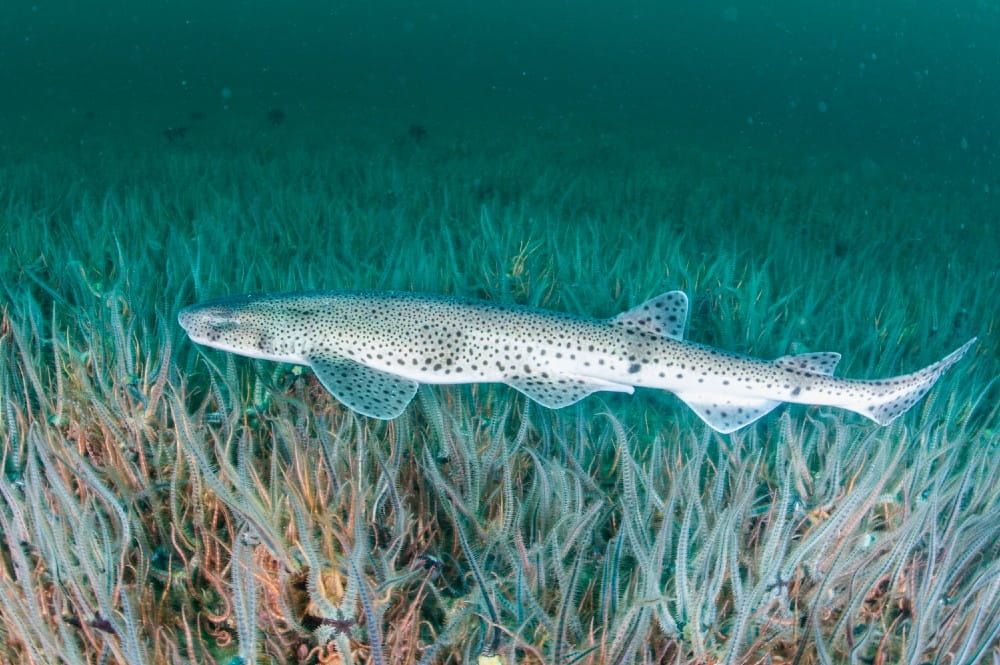 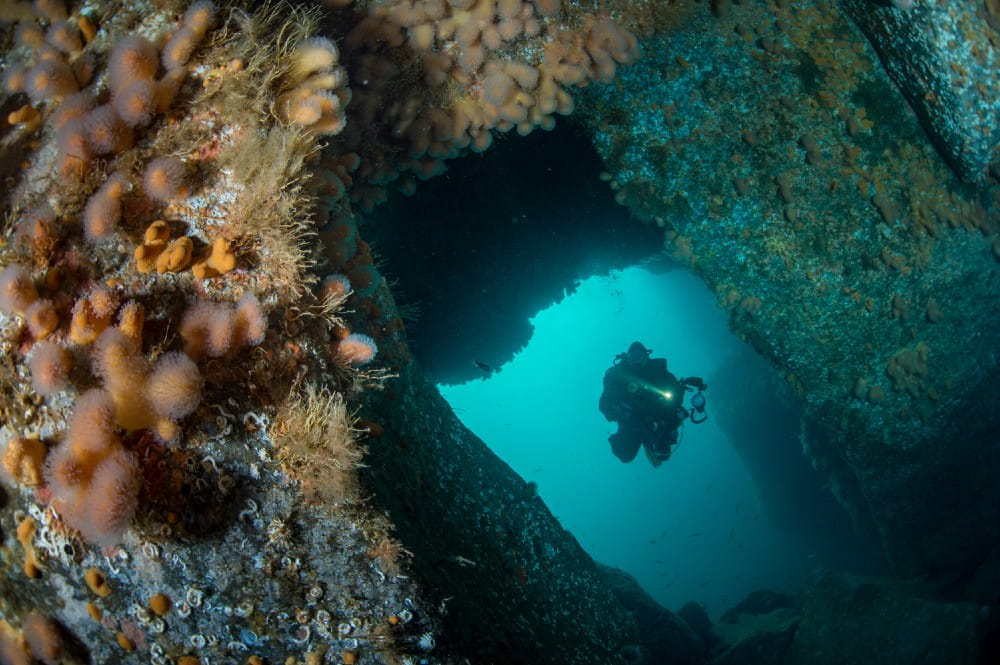 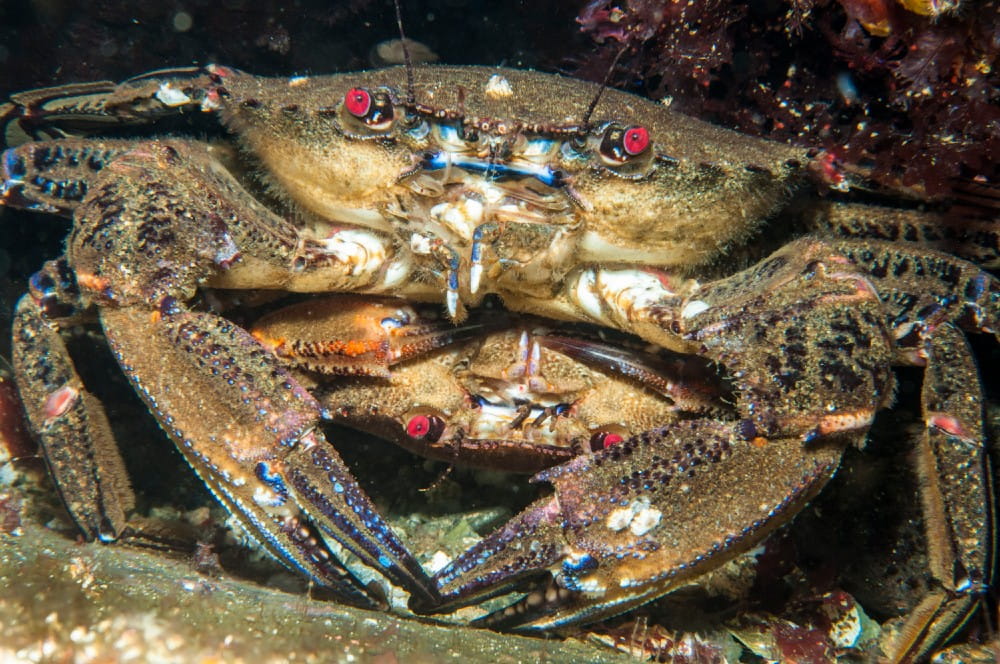 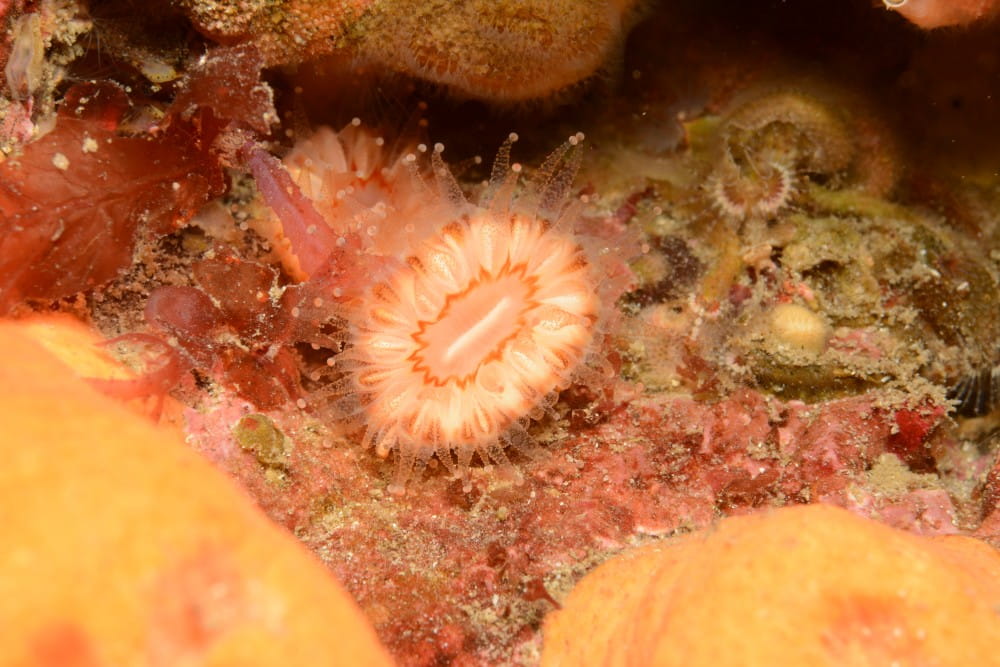 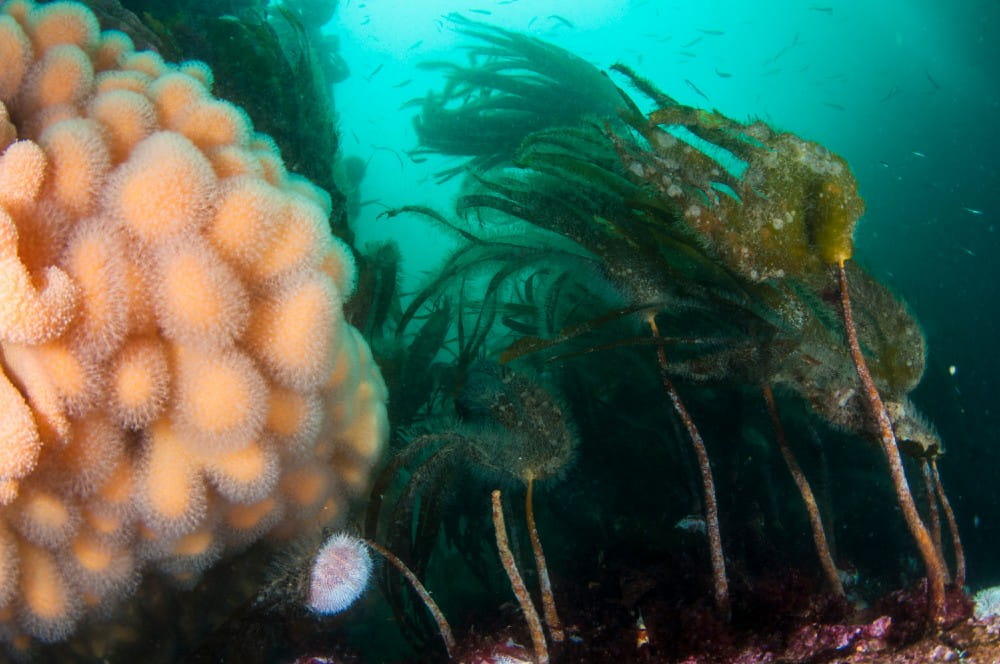 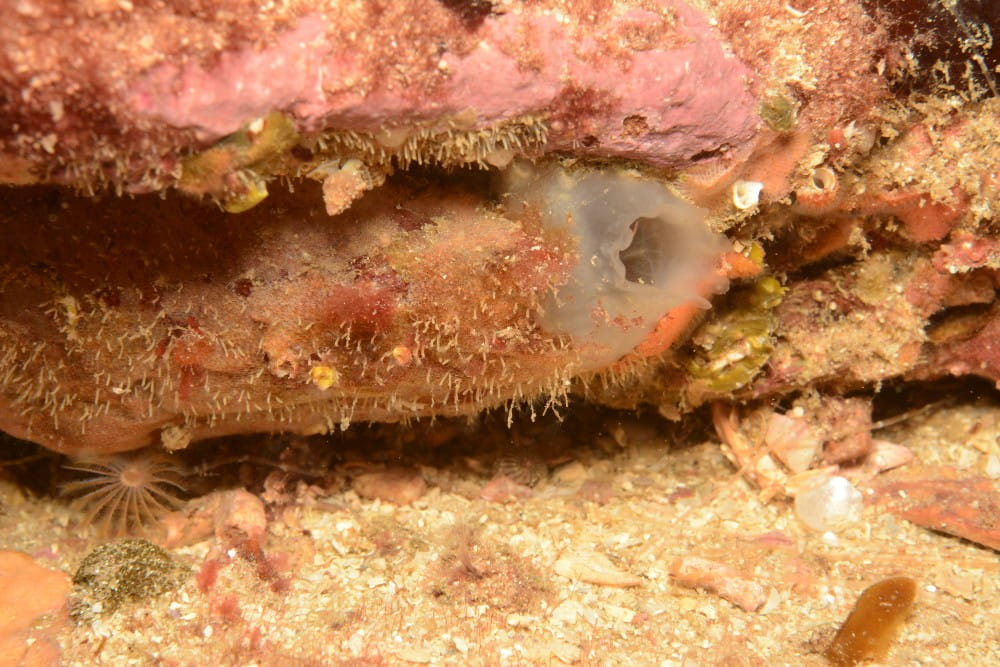 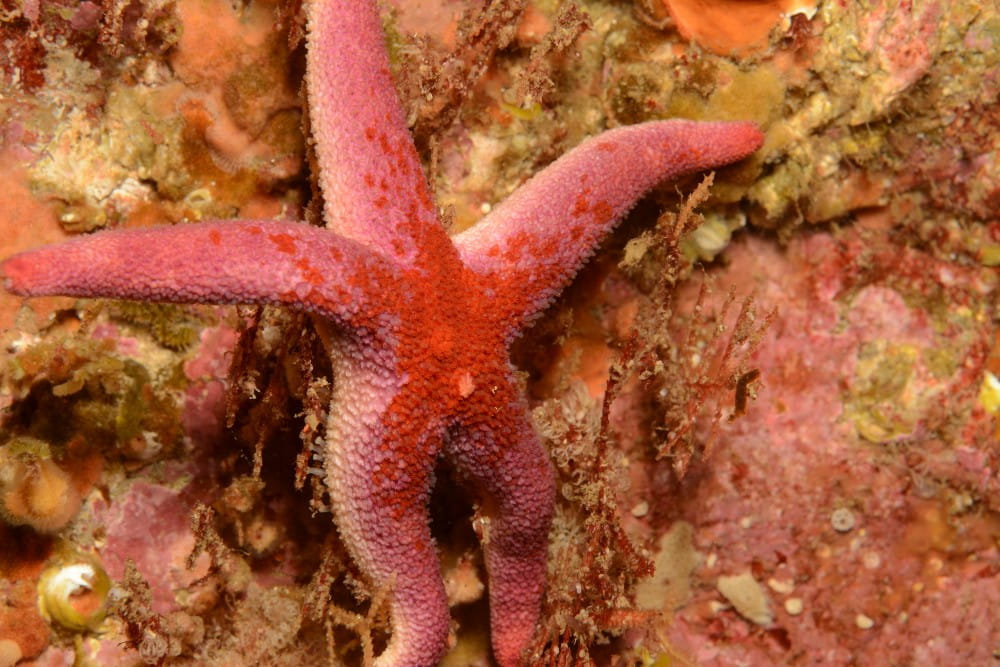 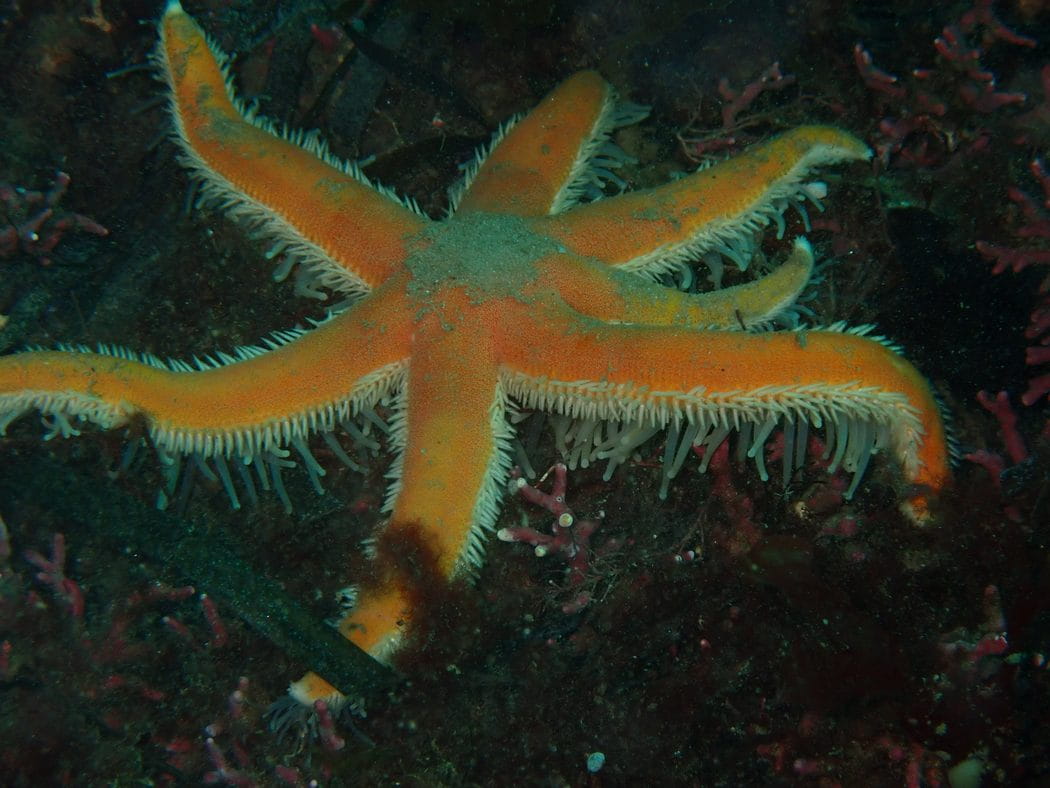 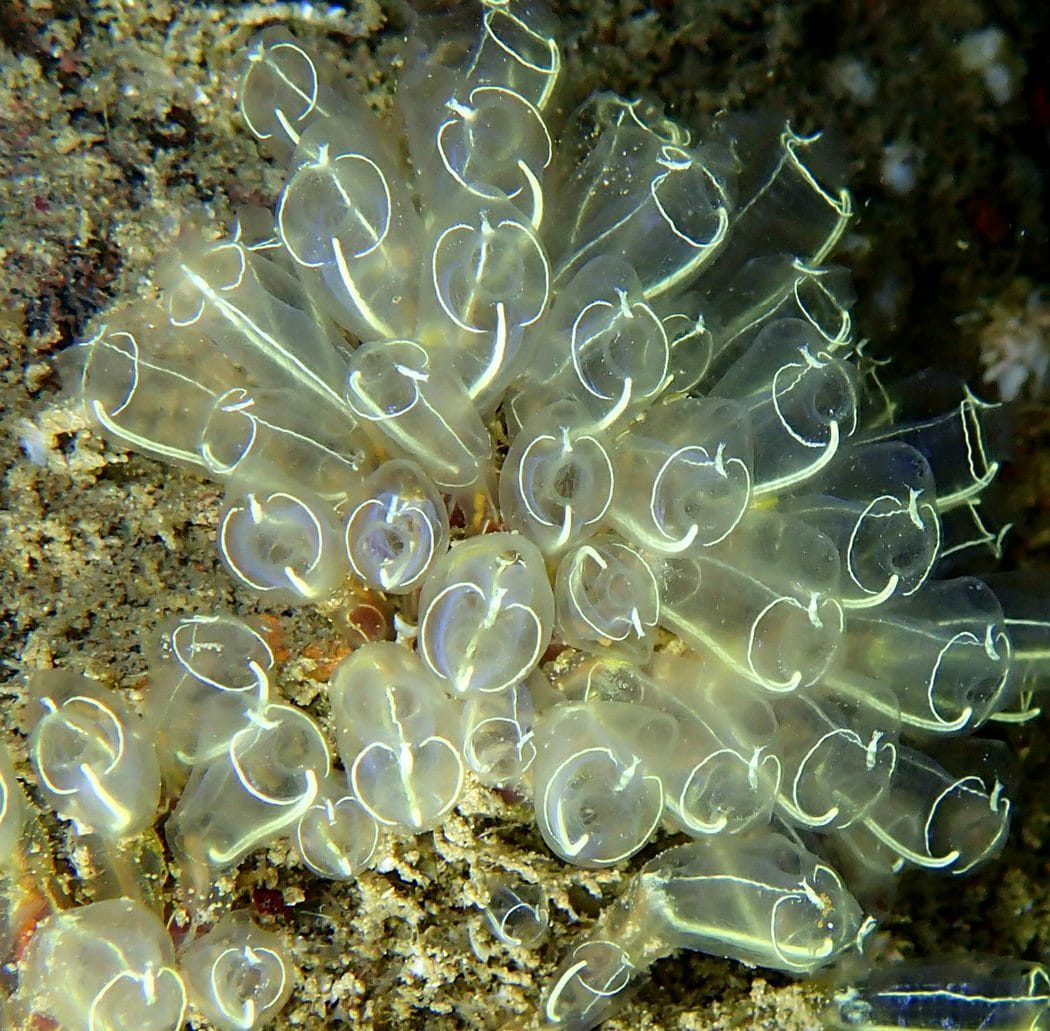