The island of Eday lies at the heart of the North Isles and hosts a community of around 150 people.

The island of Eday lies at the heart of the North Isles and hosts a community of around 150 people. The island is 13 km long and 4 km wide at its widest point and is made up of two areas of grassland and hilly moorland joined by a narrow isthmus just over 500 metres wide. Swiftly flowing tidal streams surround Eday’s dramatic and varied coastline. These powerful tidal currents are a base for the world-leading European Marine Energy Centre (EMEC). More than 15 tidal energy devices have been tested in the Fall of Warness tidal race, to the south-west of the island. EMEC and the local community have also collaborated to create a ground-breaking green hydrogen production facility powered by the island’s wind and tidal energy resources.

Eday and its neighbouring islands are home to an abundance of birdlife. Breeding seabirds are particularly abundant on the Calf of Eday and surrounding waters. On Eday, red-throated divers (“loons” or “rain goose”) nest at the Mill Loch. The moorland areas support numerous breeding birds including Arctic skua (“scootie allan”), great skua (“bonxie”) and short-eared owl (“cattie-face”). Remarkably, a male snowy owl has regularly taken up residence at the north end of Eday since 2017. This very large, bright white bird can often be spotted standing on its favourite fence posts, looking somewhat out of place against the much darker brown and green vegetation.

The charismatic otter is a semi-aquatic mammal related to badgers, pine martins, stoats and weasels. Otters are one of Orkney’s most elusive creatures, typically most active at dusk and dawn, and on Eday they are most likely to be seen foraging along low-lying rocky coastlines. Their carnivorous diet consists mainly of marine life including fish, crabs and octopuses. While nearby Shetland’s otter population is one of the best studied in the UK, comparatively little is known about the otters in Orkney. Although signs of otters, including spraint (faeces), footprints, and holts (where they breed and rest) can often be spotted around Orkney’s coasts, suggesting that otters are widespread, otter sightings are much less common. Researchers continue to survey Eday and other islands to learn about the resident otters’ habits and behaviour, and to establish the size and distribution of Orkney’s otter population.

Seals, or “selkies” in local dialect, are much easier to spot on Eday than otters. Seals spend most of their time at sea but can often be seen hauled out around the coastline. They come ashore to rest between feeding expeditions as well as to breed and moult. Orkney is home to two species: the grey seal (Halichoerus grypus) and the smaller harbour (common) seal (Phoca vitulina). Grey seals can be identified by their long straight snouts whereas harbour seals have a more dog-like facial appearance.

The relatively undisturbed islands of Faray and Holm of Faray support an internationally significant colony of grey seals, which breed there from October to December. Grey seal pups, with their characteristic white furry coats, are born on land in the same nursery areas each year. Young grey seal pups are very vulnerable and are fully dependent on their mothers until they are weaned. Only when they moult into their adult coats will they be ready to go to sea independently.

Faray and Holm of Faray are important sites for marine mammal conservation. As a result, these islands and their neighbouring waters have been designated as protected areas for seal populations. 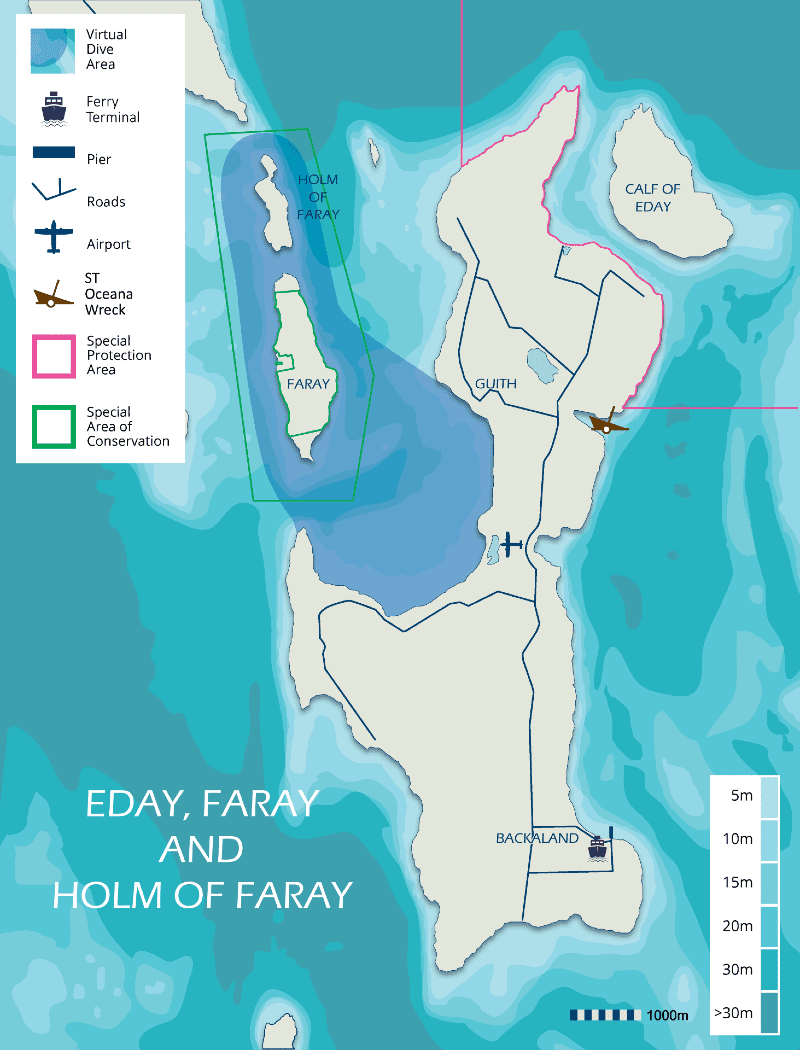 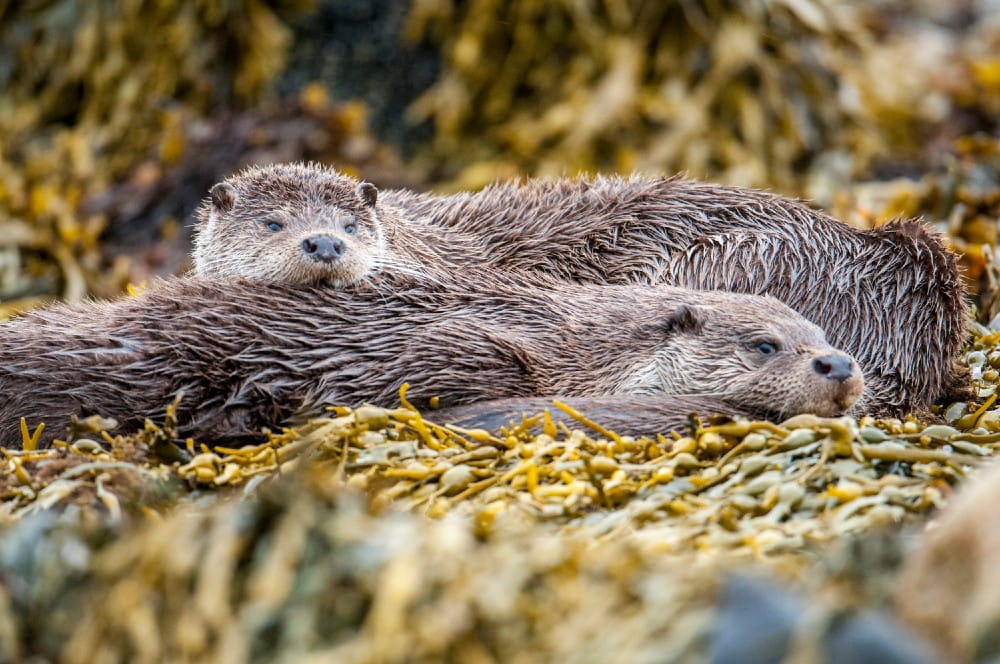 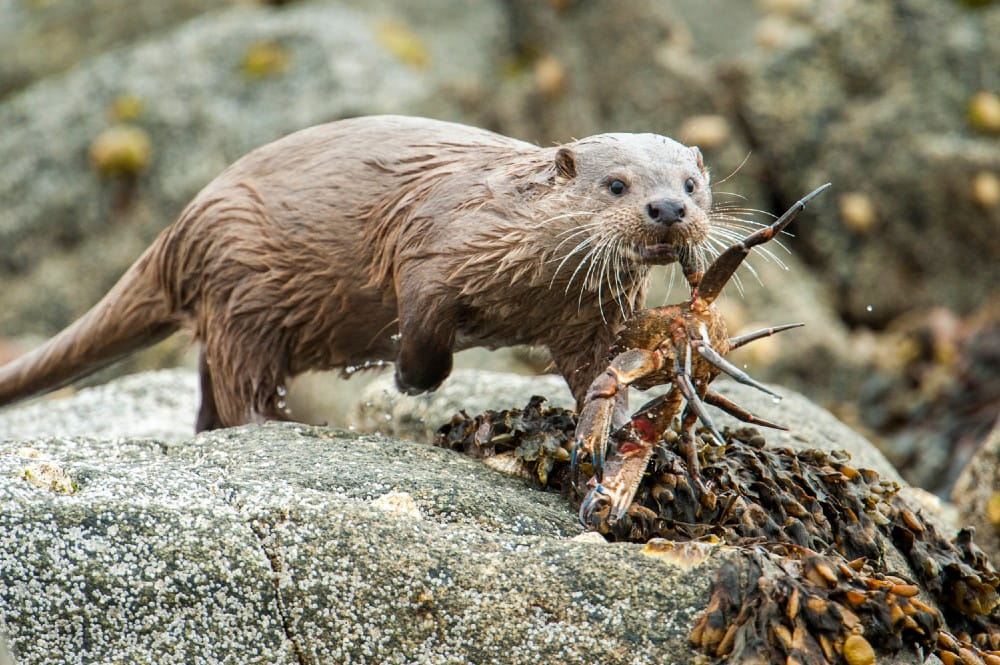 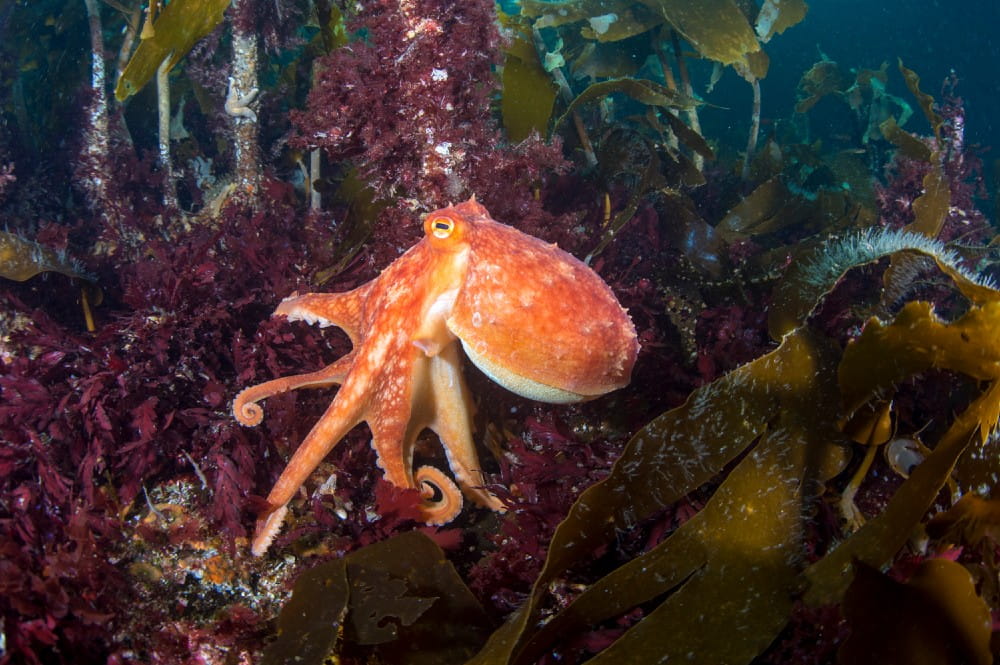 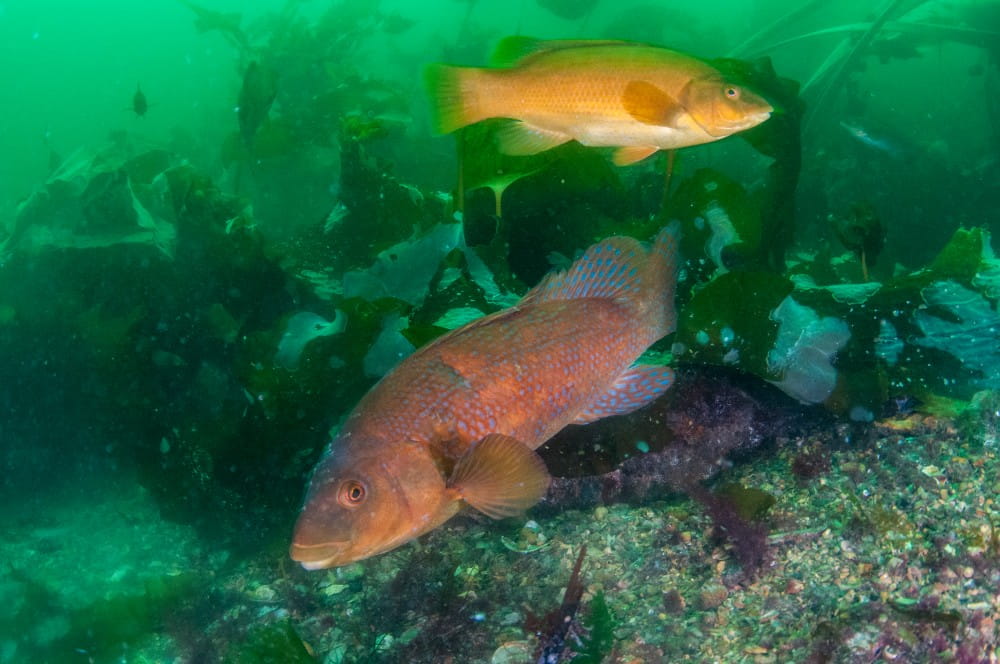 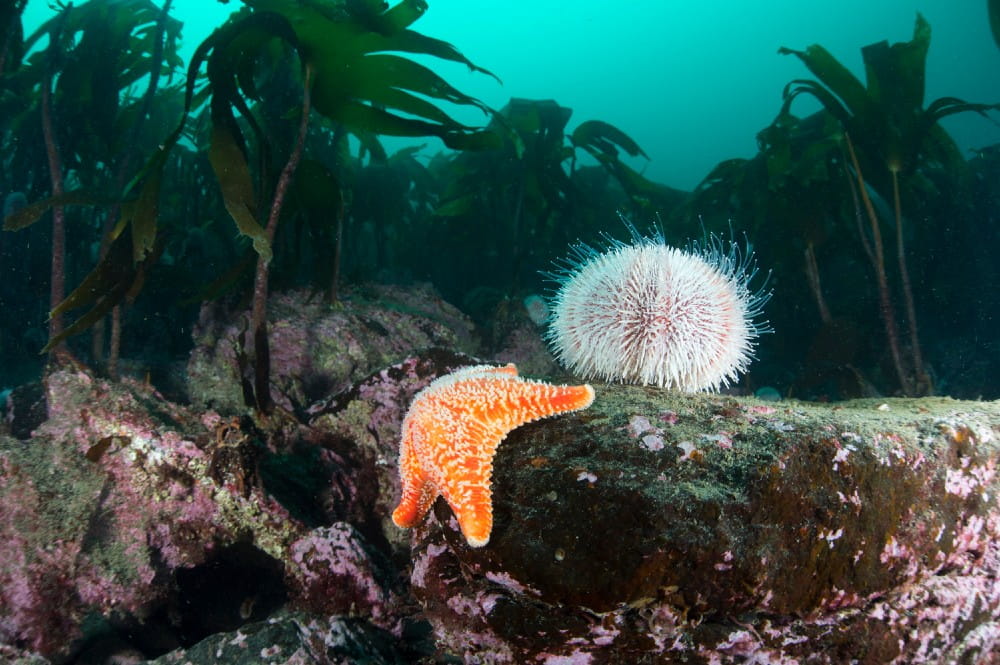 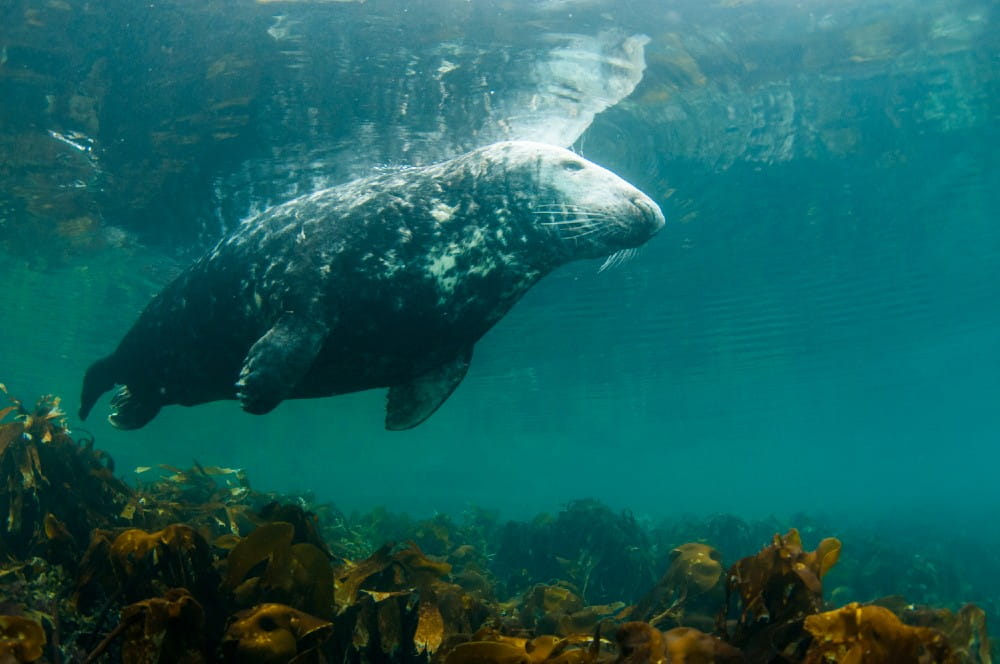 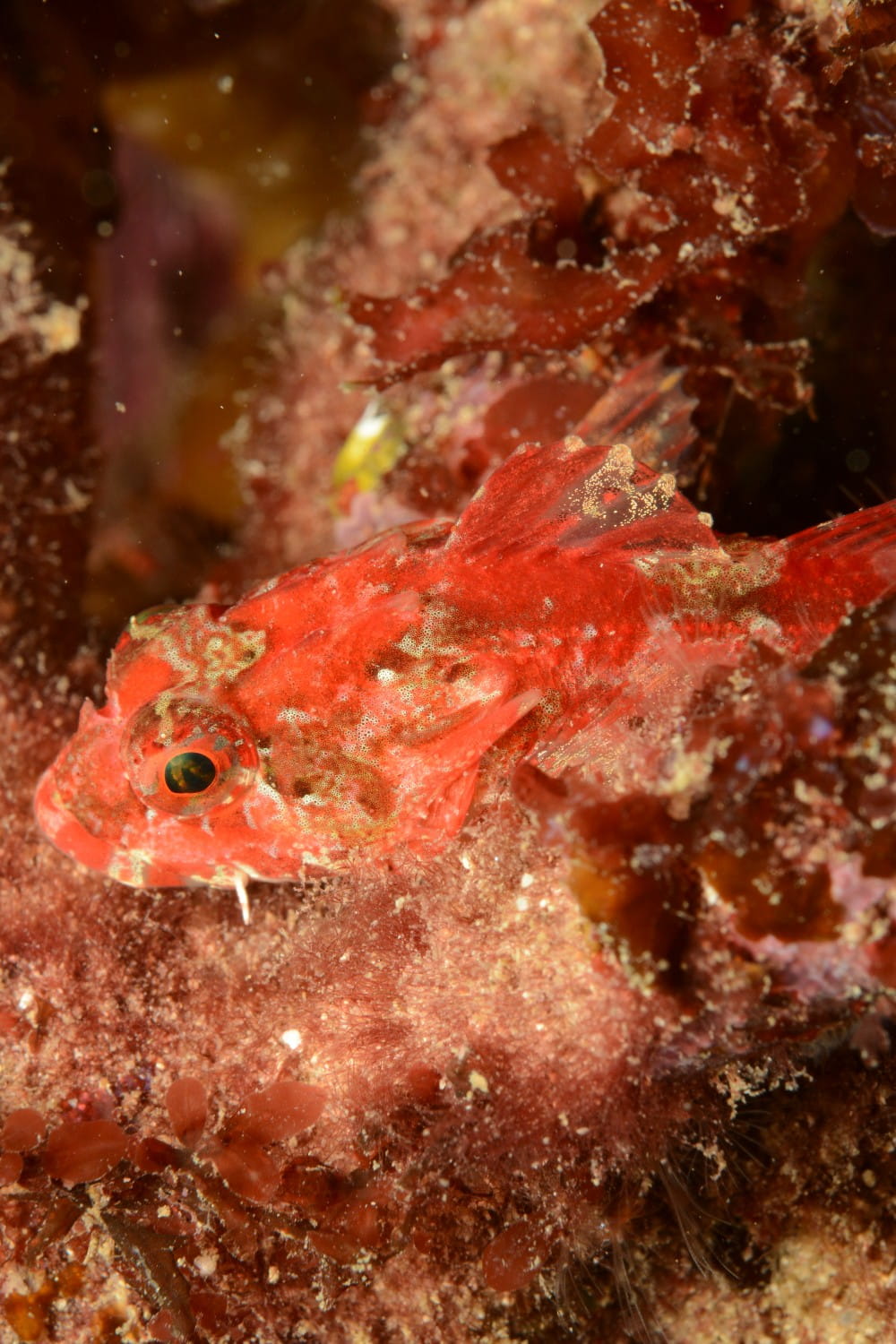 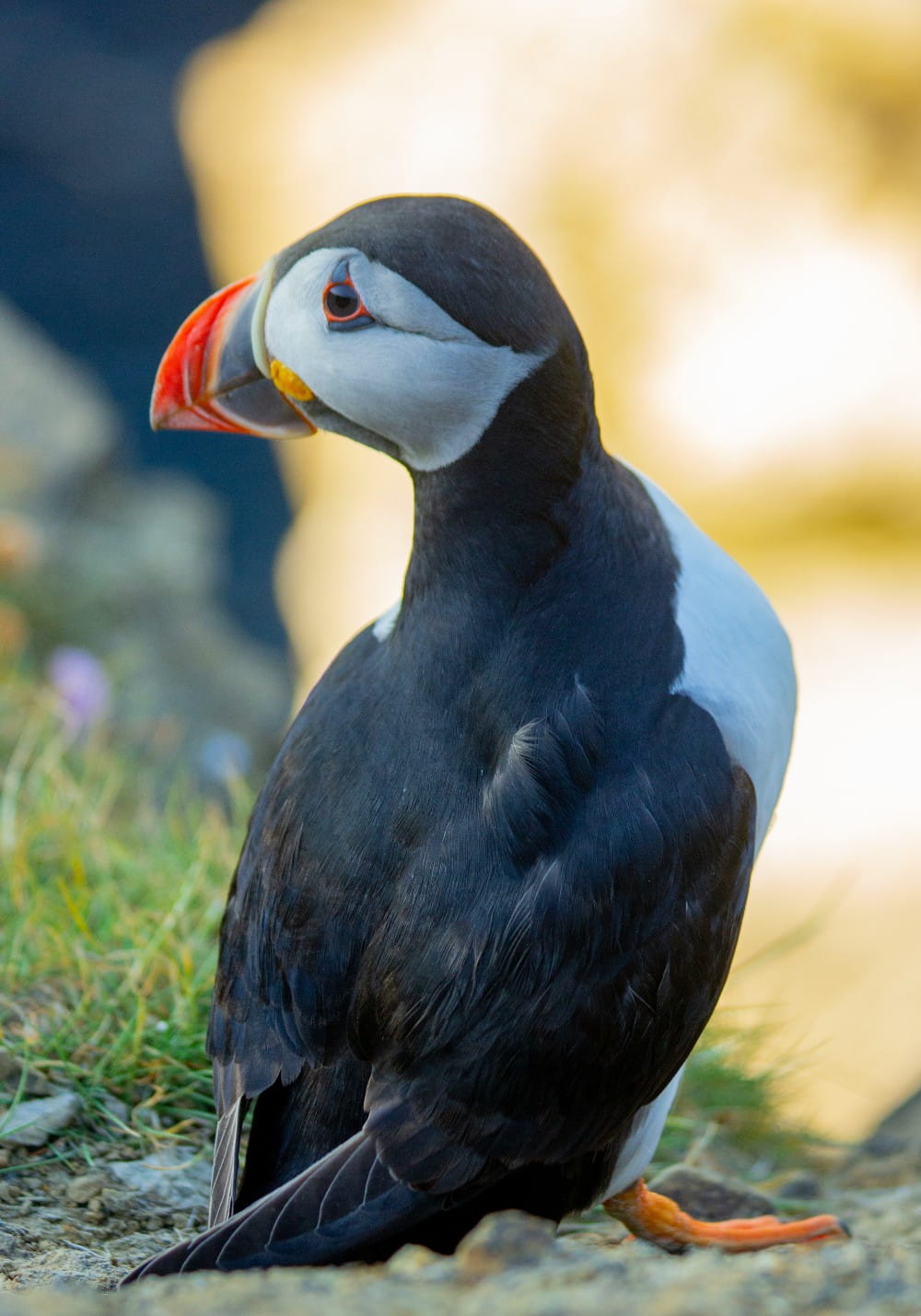 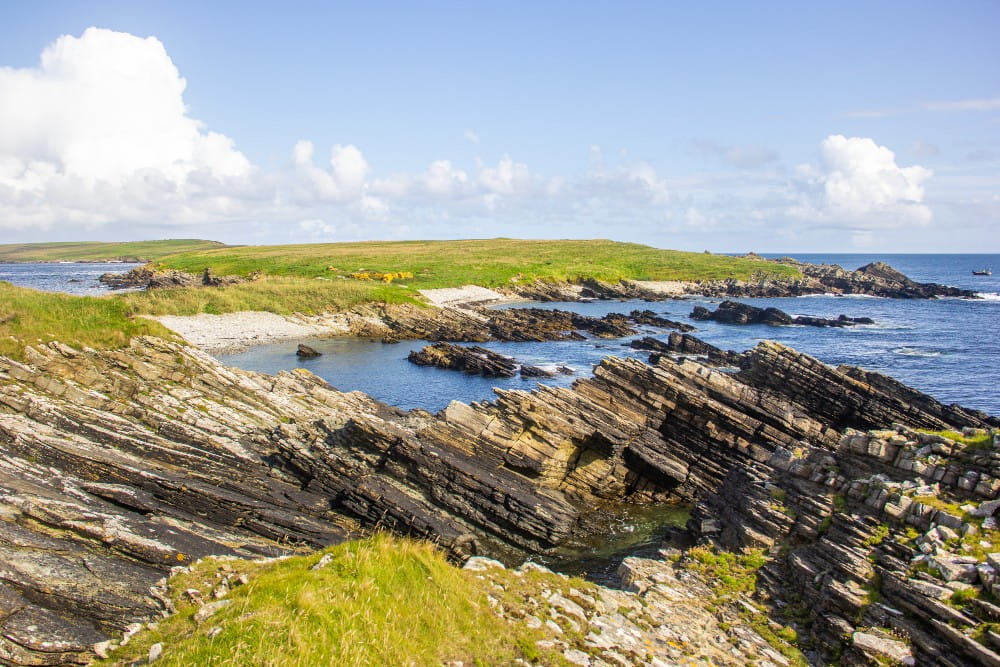