Between the north-western tip of Orkney Mainland and the island of Westray lies a cluster of three inhabited islands: Rousay, Egilsay and Wyre.

Between the north-western tip of the Orkney Mainland and the island of Westray lie a cluster of three inhabited islands: Rousay, Egilsay and Wyre. All are rich in cultural, natural and archaeological history. Rousay is the largest at 6 km long by 9 km wide. To its east Egilsay is much smaller at 5 km by 2 km, and to the south-east Wyre, one of Orkney’s smallest inhabited islands, is just 3 km by 1 km. An array of important and well-preserved archaeological sites span the Neolithic, Iron Age, Pictish and Viking/Norse periods. The islands and their inshore waters also host a diversity of land and marine habitats and species, many designated for national and international conservation significance. Rousay has a moorland-dominated landscape of terraced and rounded hills, with coastal grasslands and seabird-populated cliffs. In contrast Egilsay and Wyre are greener, low-lying islands covered by fertile farmland and wetlands. The seawater sounds between the islands, never more than 1 km wide or 20 m deep, are swept through by crystal clear tidal currents that typically flow at 2-3 knots in spring tides. The modest flows in relatively shallow waters provide perfect conditions for the growth of unusual seaweeds commonly known as maerl.

Maerl is the shared name describing species of coral-like red seaweeds that form brittle, chalky skeletons as they grow. These skeletons form intricate branched shapes or nodules and are not attached to the seabed. Live maerl has a pink colour that turns white when it dies. Maerl grows in shallow water, up to 30 m deep, in areas where the water flow is strong enough to remove fine sediments, but is not so strong as to wash away the fragile maerl structures. Inevitably, some maerl will be dislodged by waves and tidal action and sometimes washes ashore on nearby beaches.

Maerl is extremely slow growing, adding only 1-2 mm of length per branch tip per year. As living maerl grows upwards towards the sunlight, dead fragmented skeletal material accumulates below and over time, can form deep beds of maerl deposits. These deposits are known to be 1.2 m thick in Wyre Sound but may extend even deeper. Maerl’s slow growth rate means that these beds could have taken thousands of years to form!

The lattice shapes of maerl skeletons create a loose honeycomb-like structure within the maerl bed that provides many nooks and crannies for animals to live or hide in. Spaces in the maerl structure enable seawater to circulate much deeper into the bed than it would in a normal seabed of sand or mud. This combination of an open structure and enhanced waterflow through maerl beds enables many different organisms to live within, burrow into, or attach to the maerl. Maerl beds are often hotspots for biodiversity because of this capacity. Living maerl beds are also important nursery grounds for juvenile scallops and protecting them could help to sustain the scallop fishing industry. The Wyre and Rousay Sounds Nature Conservation Marine Protected Area (MPA) was designated in recognition of the important ecological value of these maerl beds and aims to protect this intriguing and biodiversity-rich habitat.

The 2020 Orkney Blue Carbon audit estimated 67 million tonnes of blue carbon resource in Orkney, and maerl beds were cited as one of the most important biological carbon stocks, estimated at about 5 million tonnes. The shells, skeletons and tubes of maerl, and the plants and animals living amongst them contain calcium carbonate (CaCO3). As the maerl bed grows the accumulated deposits of carbonate become a natural store or ‘sink’ for atmospheric carbon – a so called ‘blue carbon’ resource. Researchers are currently investigating how managing the blue carbon in maerl beds and other natural carbon stores could help Scotland meet its Net Zero carbon targets by 2045. 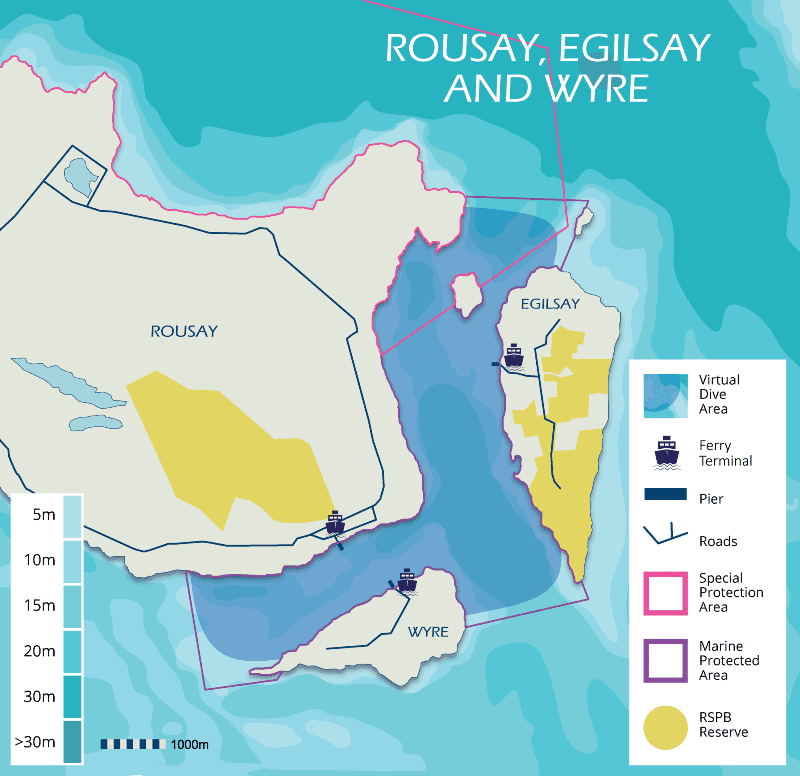 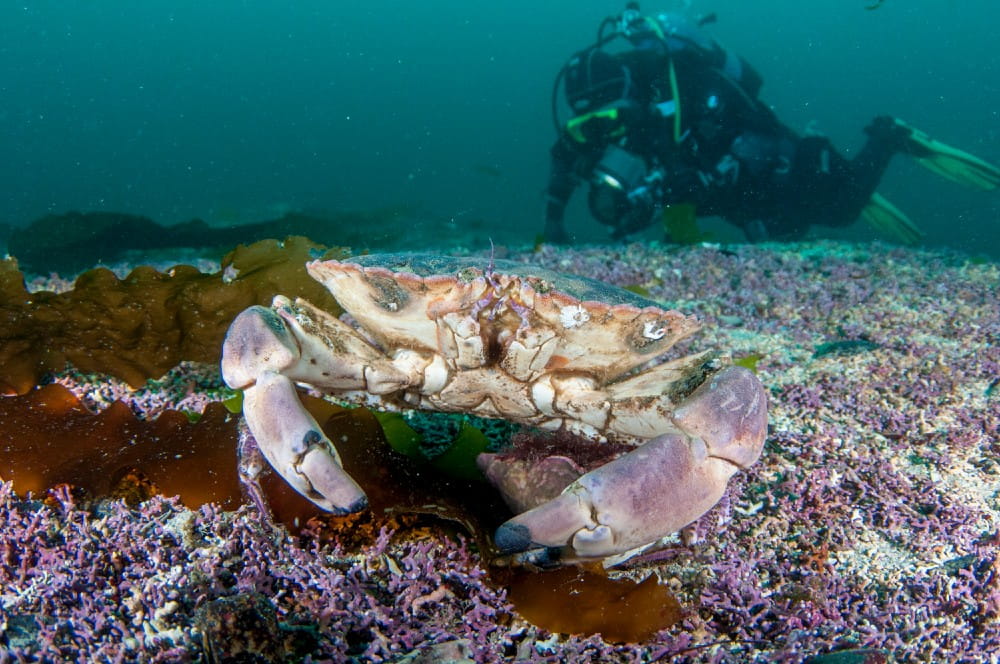 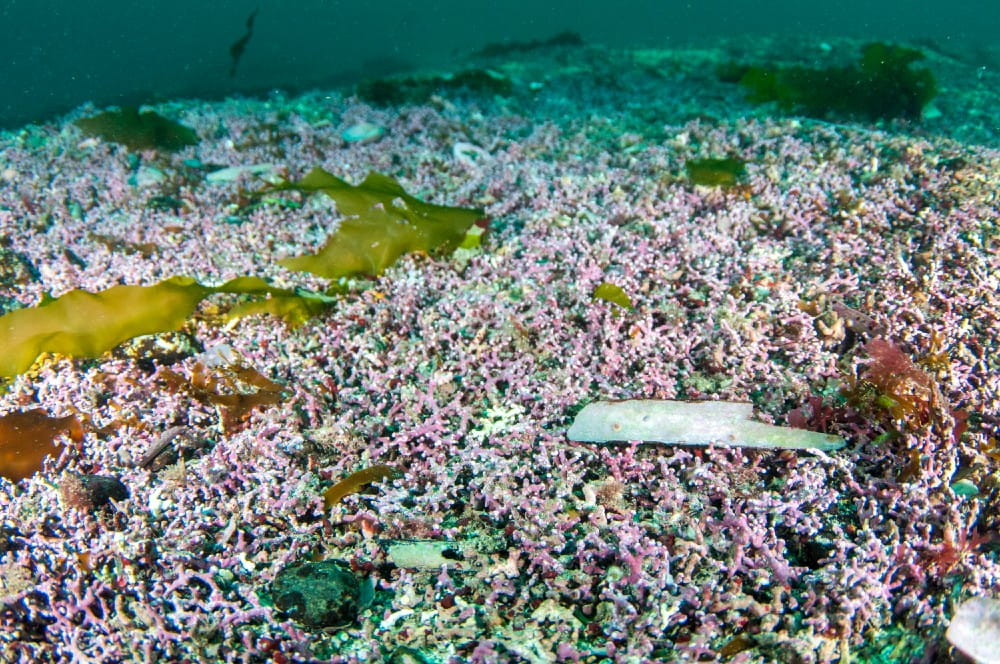 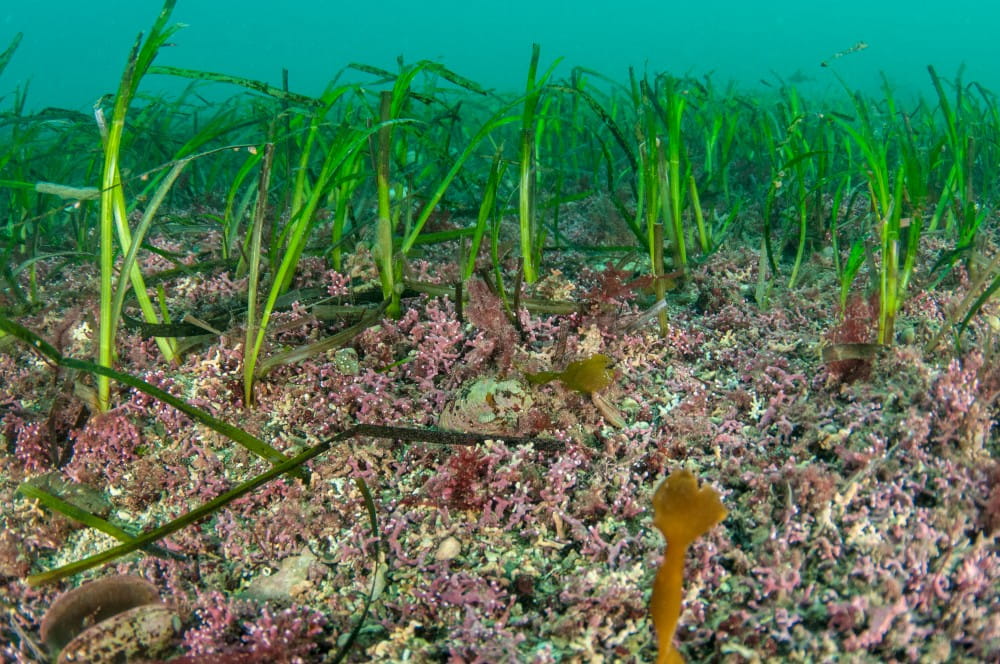 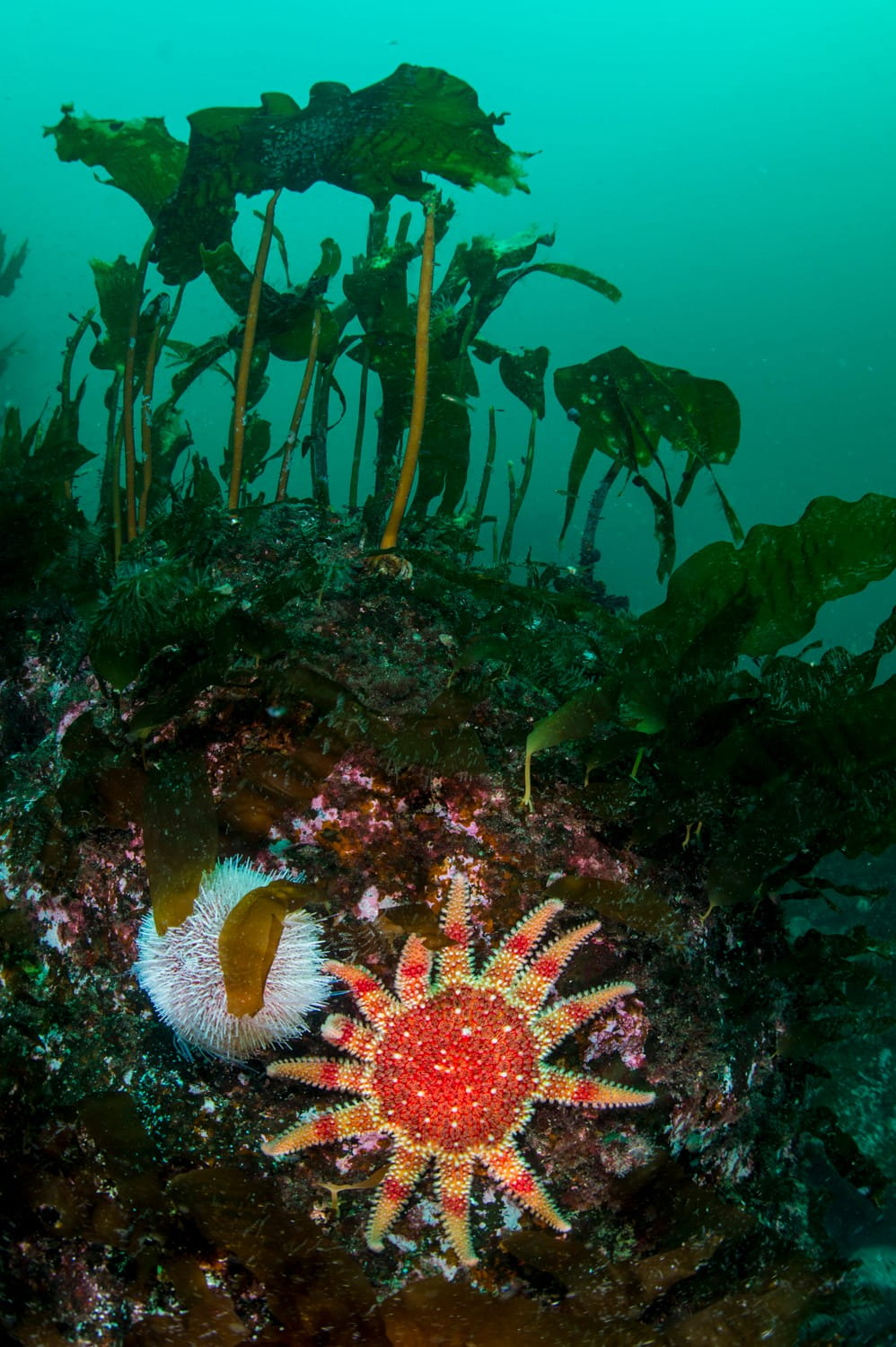 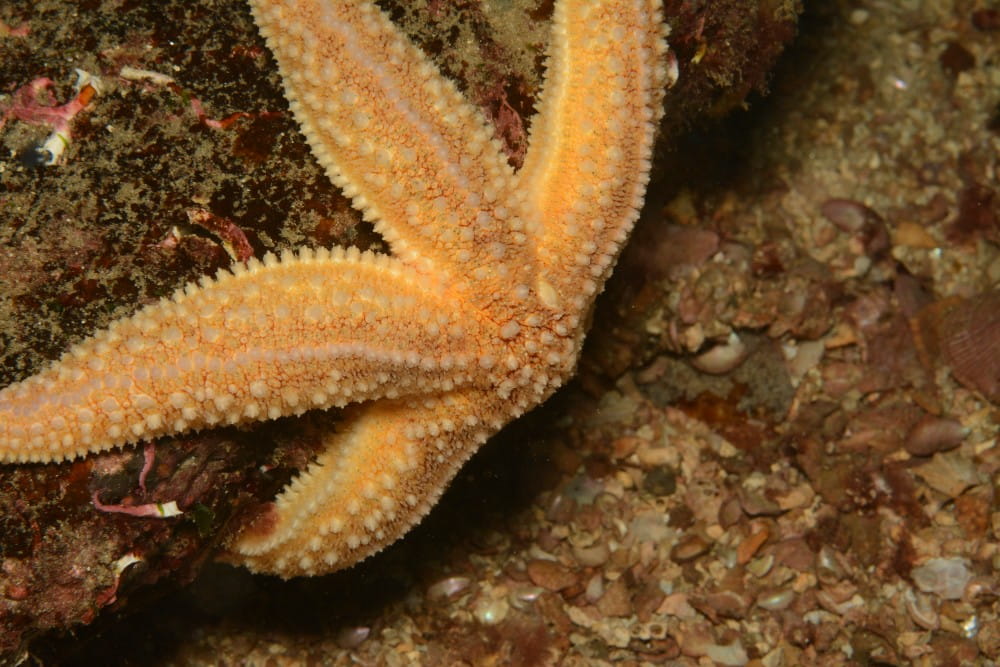 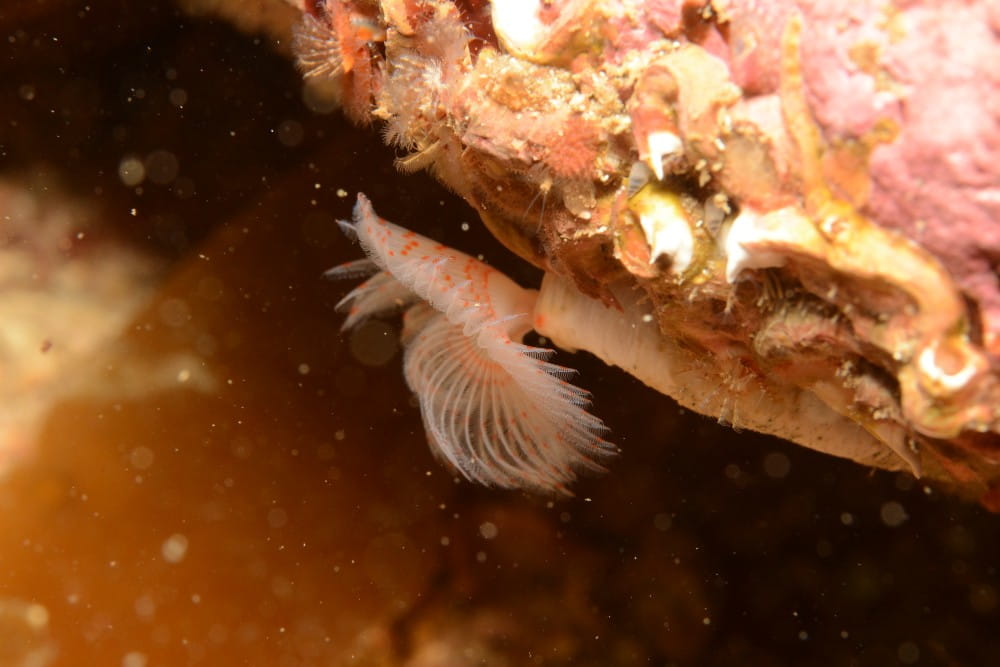 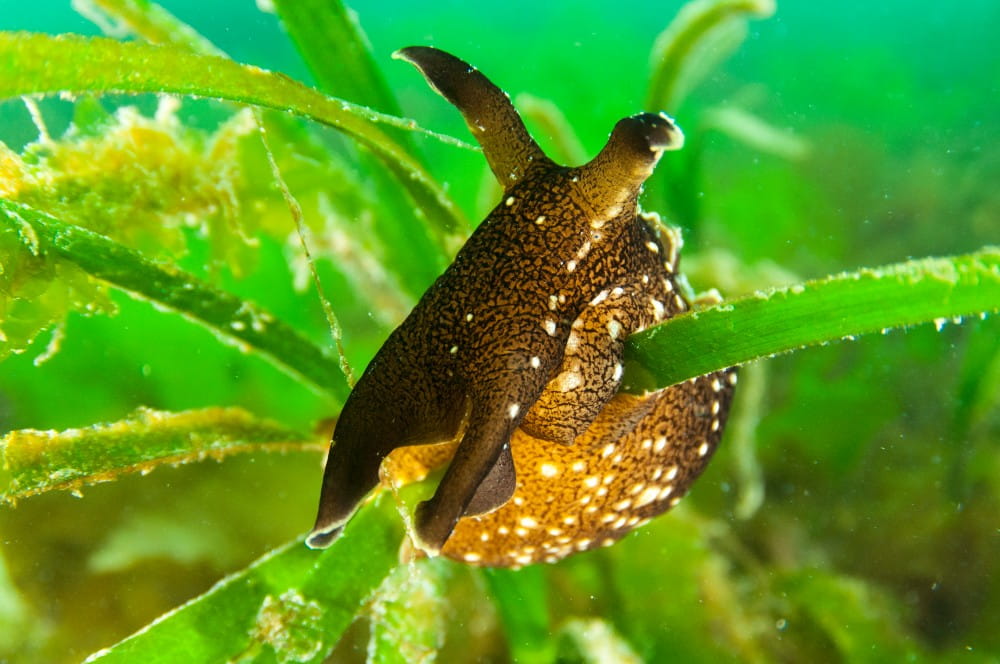 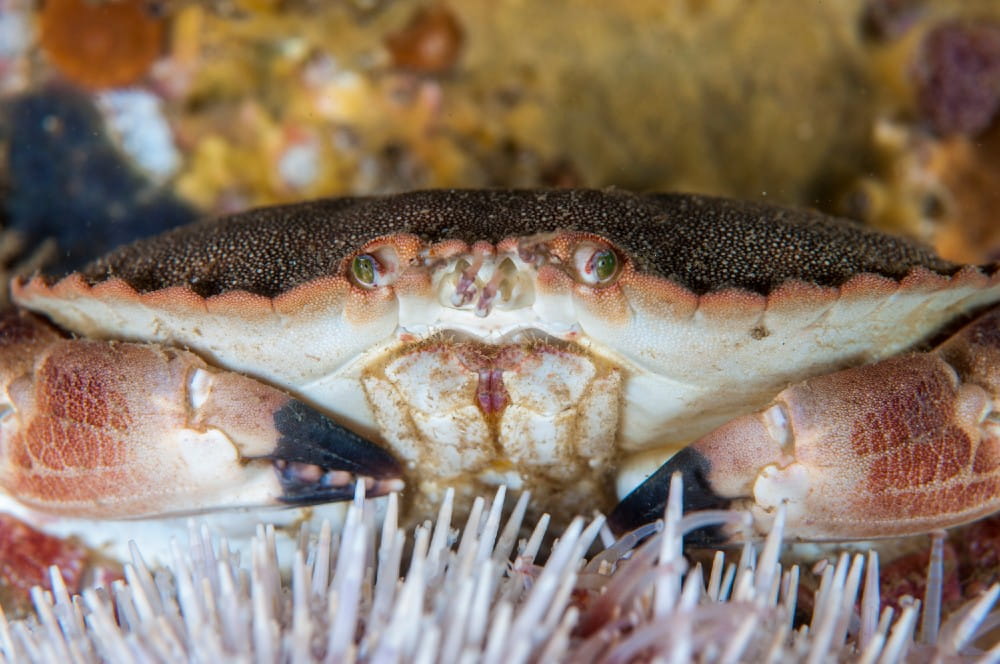 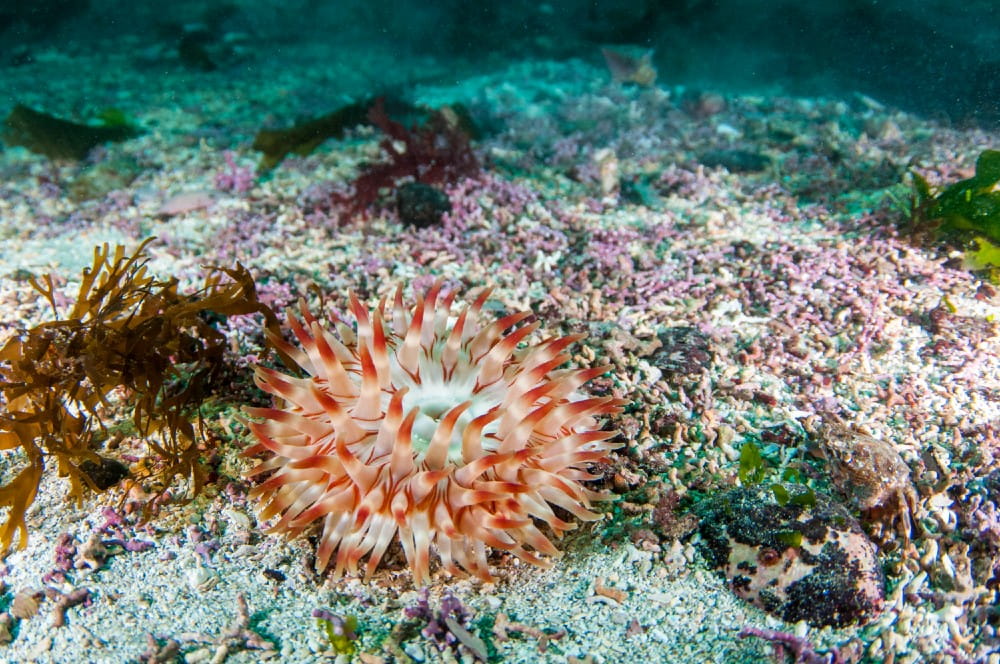 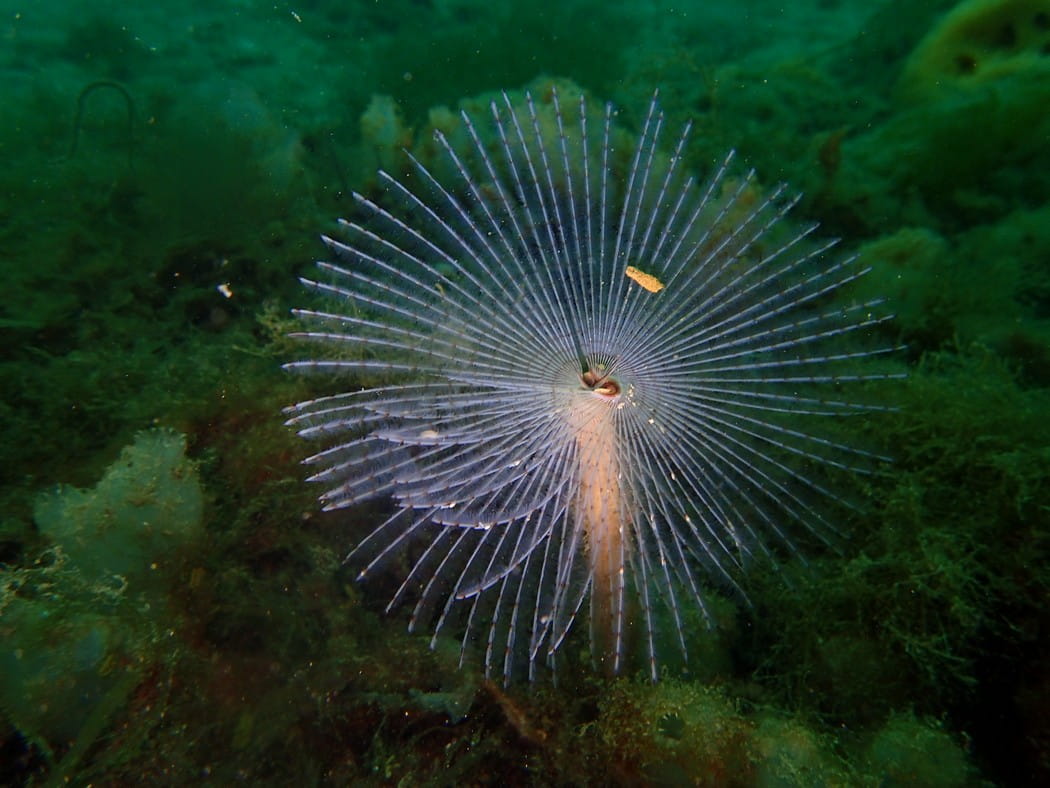