Papa Westray, or “Papay”, is a small island lying to the north east of Westray, separated by a narrow, shallow tidal channel known as Papa Sound.

Papa Westray, or “Papay”, is a small island lying to the north east of Westray, separated by a narrow, shallow tidal channel known as Papa Sound. The island is just 7 km long and 2 km wide, but it hosts a vibrant local community and many notable cultural and natural heritage interests. For example, the Knap of Howar, a Neolithic farmstead overlooking Papa Sound, is thought to contain the oldest standing stone house in Europe, occupied somewhere between 4,300 and 5,700 years ago. Today, Papay is linked to Westray by the world’s shortest timetabled flight, with a flight time of just 2.5 minutes.

Although much of Papay is covered by agricultural land, North Hill, at the northern end of Papay, supports the largest and most botanically diverse area of maritime heath vegetation in Orkney. Maritime heath is a type of habitat that can withstand the harsh conditions brought by Atlantic gales, waves and salt spray. It is characterised by diverse, low-growing vegetation that has adapted to tolerate the exposed and salt-laden environment.

Maritime heath is of national importance in its own right, but it also provides important habitat for nesting seabirds such as the Arctic skuas (“scootie allans”) and Arctic terns (“pickies”). Arctic terns make the longest annual migration of any bird, travelling nearly 10,000 miles from the Antarctic Ocean to nest at North Hill between April and early August.

Between late April and mid to late July, the low cliffs and rock shelves surrounding North Hill are also crowded with other types of breeding seabirds including auks such as guillemots, razorbills and puffins.

Black guillemots, a type of auk known locally by the Old Norse name “tystie” (describing their thin piping calls), are a common sight around Papay’s coasts. The Holm of Papay has been designated as a Site of Special Scientific Interest because it is a nationally important site for breeding tysties. The waters around Papay and the Holm of Papay have also been recognised as a Marine Protected Area because they provide important feeding habitat for tysties and many other seabird species. Tysties tend to next in obscure crevices on lower-lying cliffs and rock shelves rather than the ledges of burrows favoured by other auks. During the breeding season tysties are striking birds, with matching crimson red feet and inner beaks, and bright white wing stripes set against jet black plumage and eyes. Although auks might appear somewhat clumsy in flight, they are excellent divers and swimmers, using their wings to “fly” underwater. Tysties have been known to dive up to around 50 m for food, often staying underwater for minutes at a time. Tysties are predominantly seabed foragers, and fish such as the eel-like butterfish are a favourite prey species. The popular image of a self-satisfied tystie with a butterfish draped down either side of its beak is a common summertime sight on Papay.

Papay was home to the last known British pairs of the now extinct Great Auk. The penguin-like Great Auk was a large, flightless bird, standing up to 80 cm tall and closely related to modern-day razorbills and guillemots. Like other auks, Great Auks were expert swimmers but their flightlessness and awkward gait on land made them vulnerable to hunting for their eggs, feathers, meat, fat and oil. As the numbers of Great Auk decreased, their scarcity made them popular with collectors who became increasingly desperate to acquire a specimen. A memorial now stands at Fowl Craig, North Hill, the location of the last known UK breeding colony of the Great Auk and where the last bird in the British Isles was shot in 1813. This particular individual was purchased by the Natural History Museum in 1819 and is the only remaining British specimen of the species in existence. The Great Auk finally vanished in 1844 after the last breeding pair was hunted on the shores of its final stronghold on Eldey Island, Iceland. 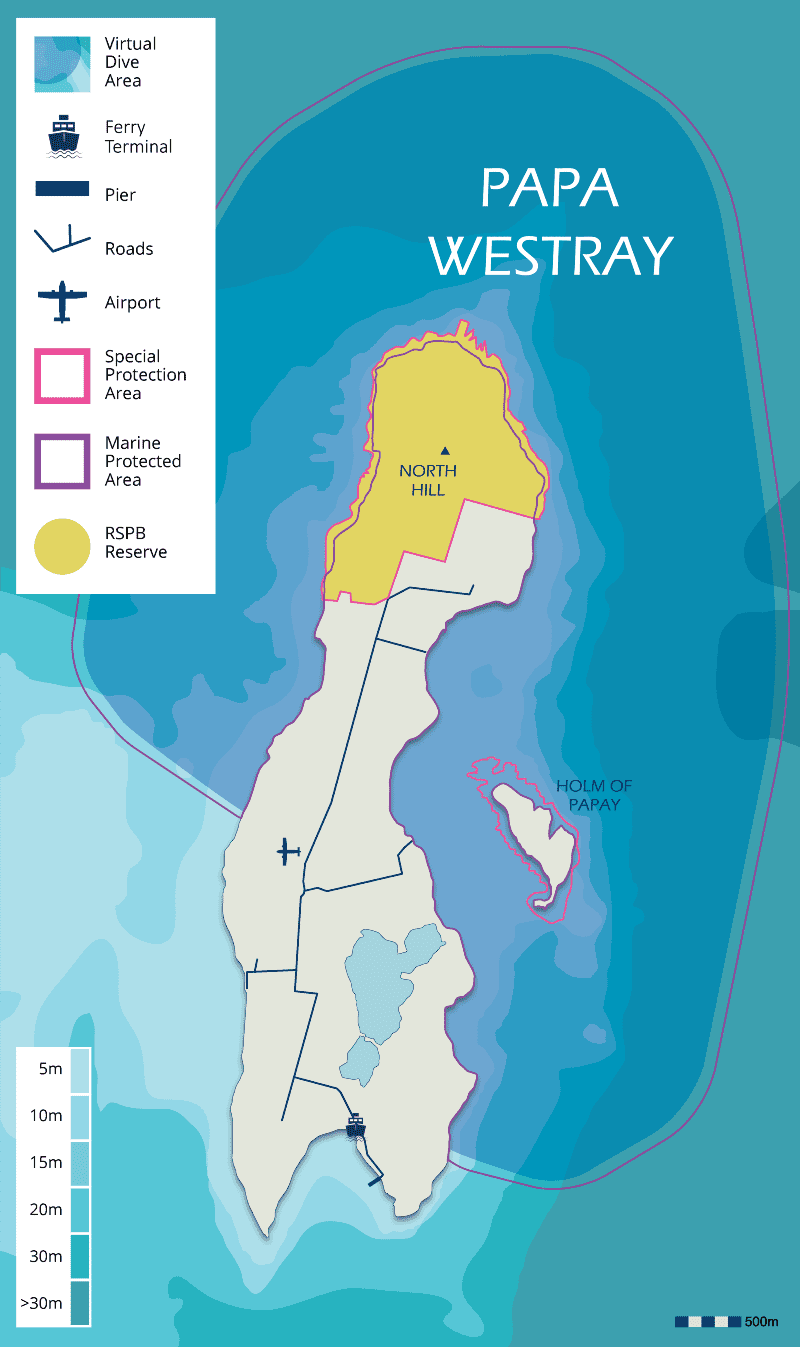 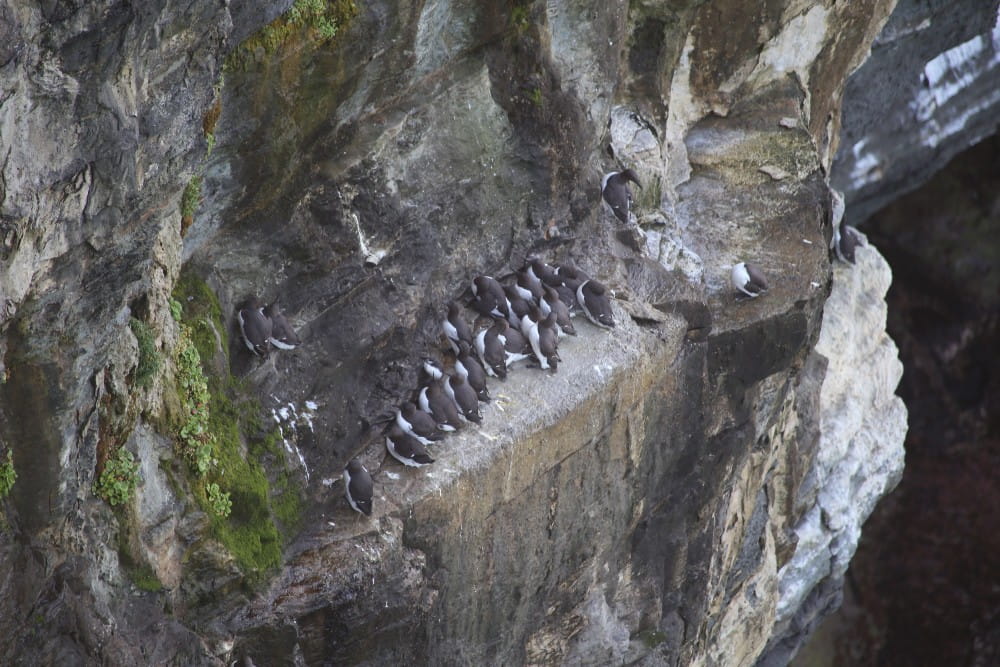 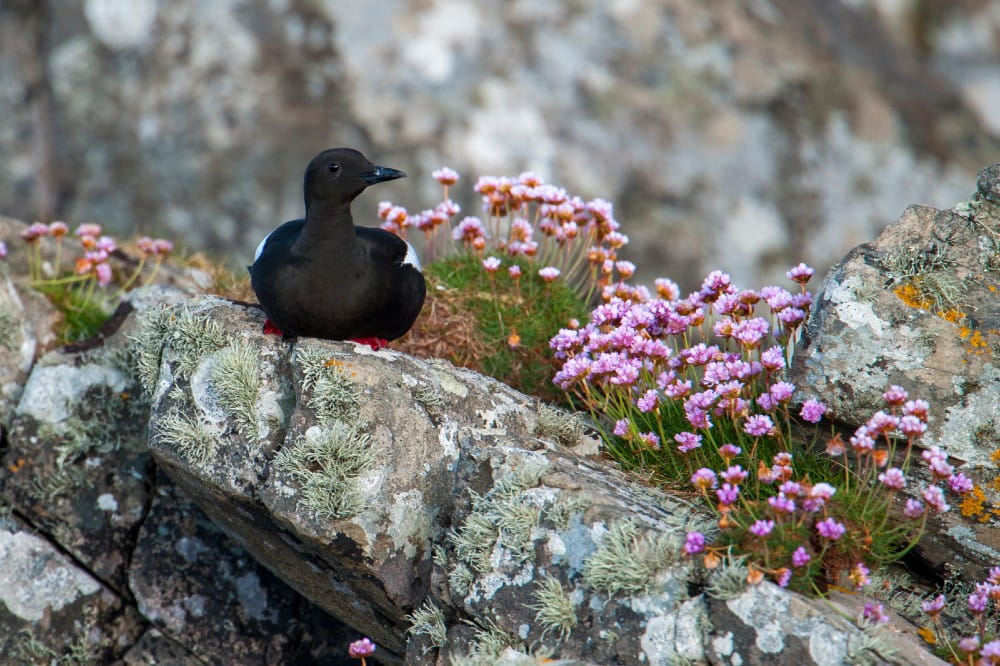 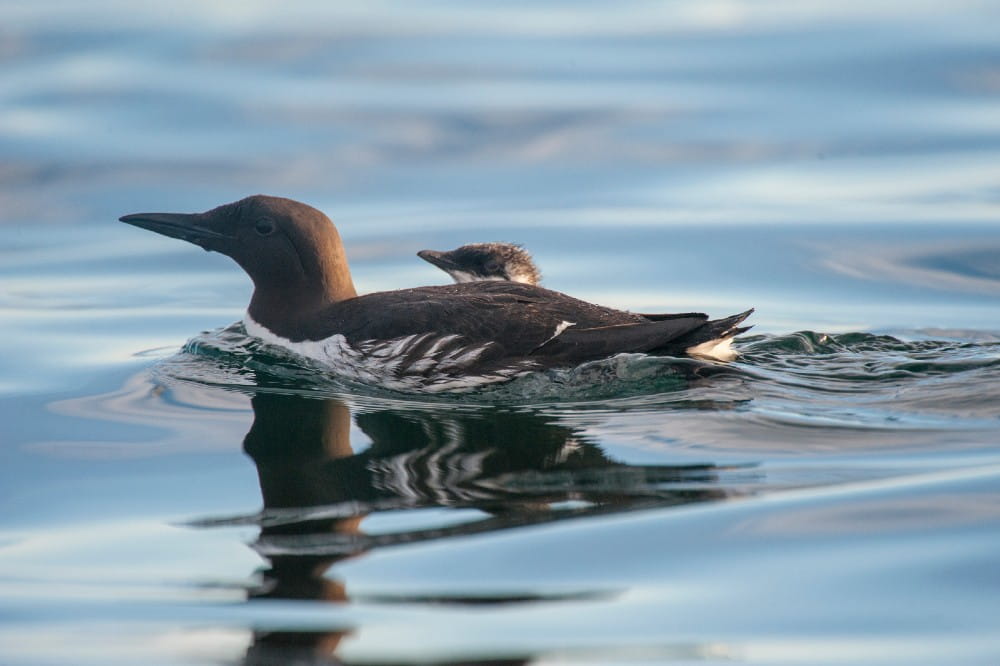 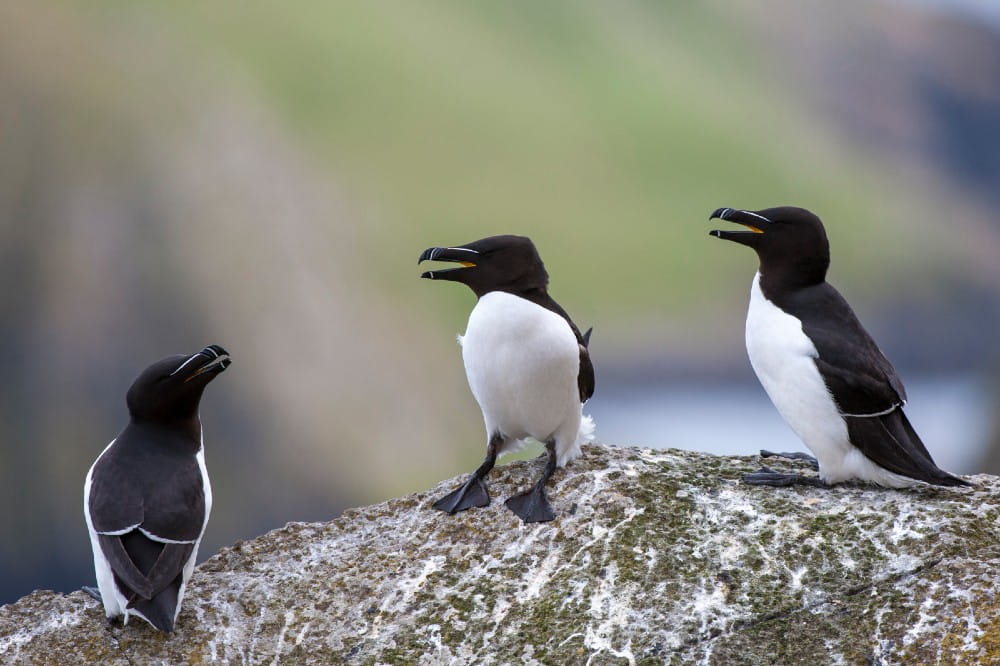 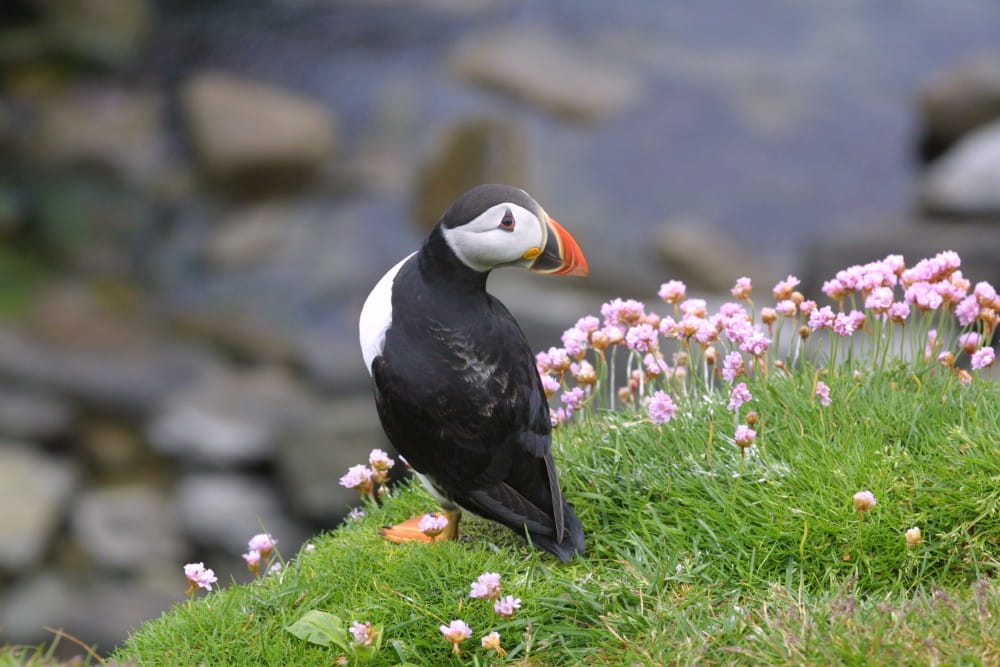 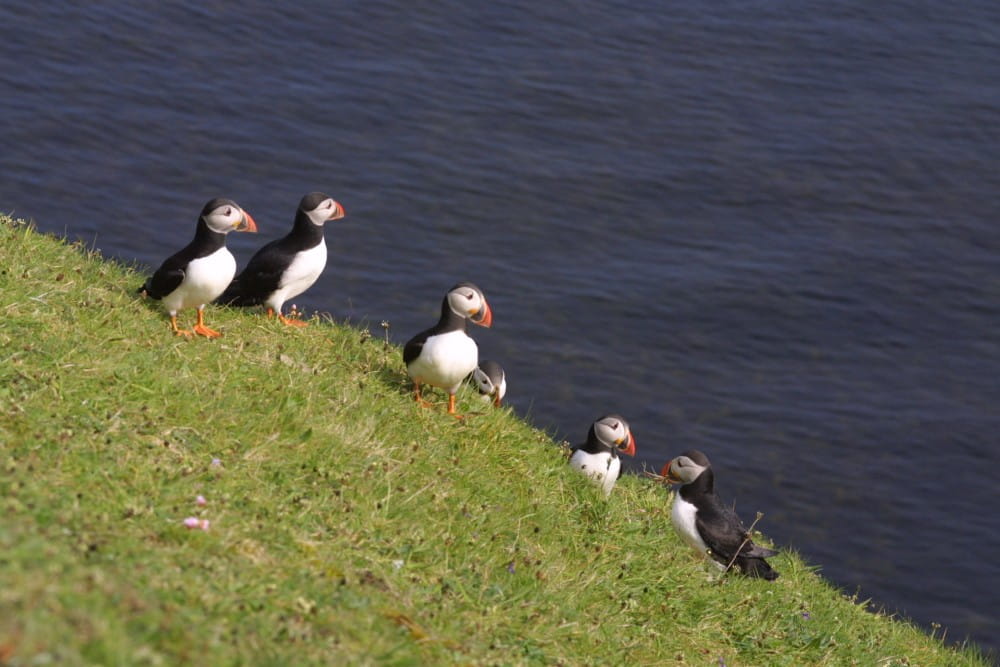 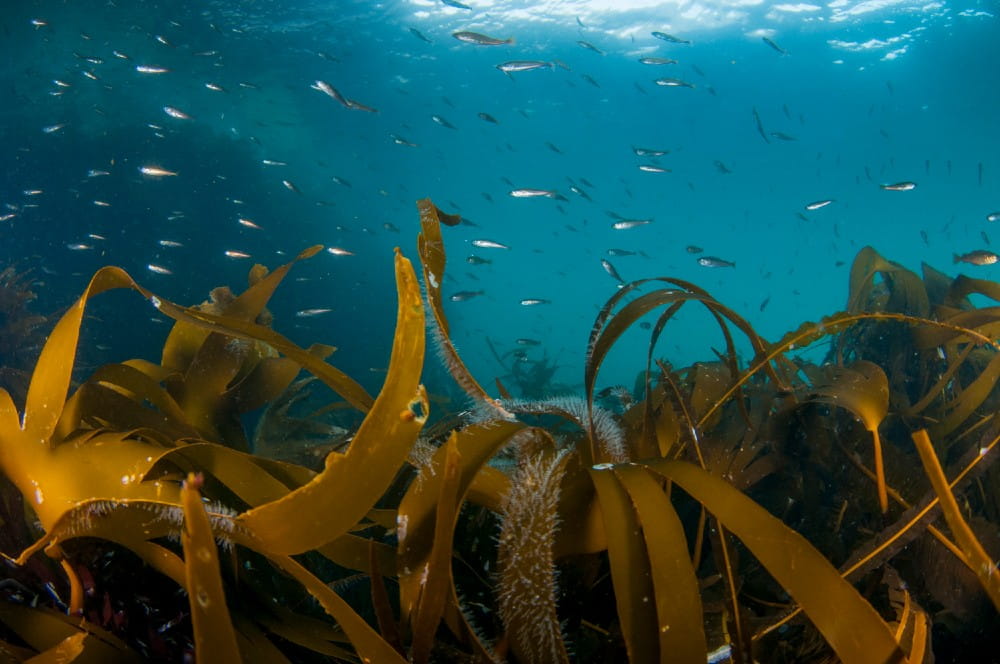 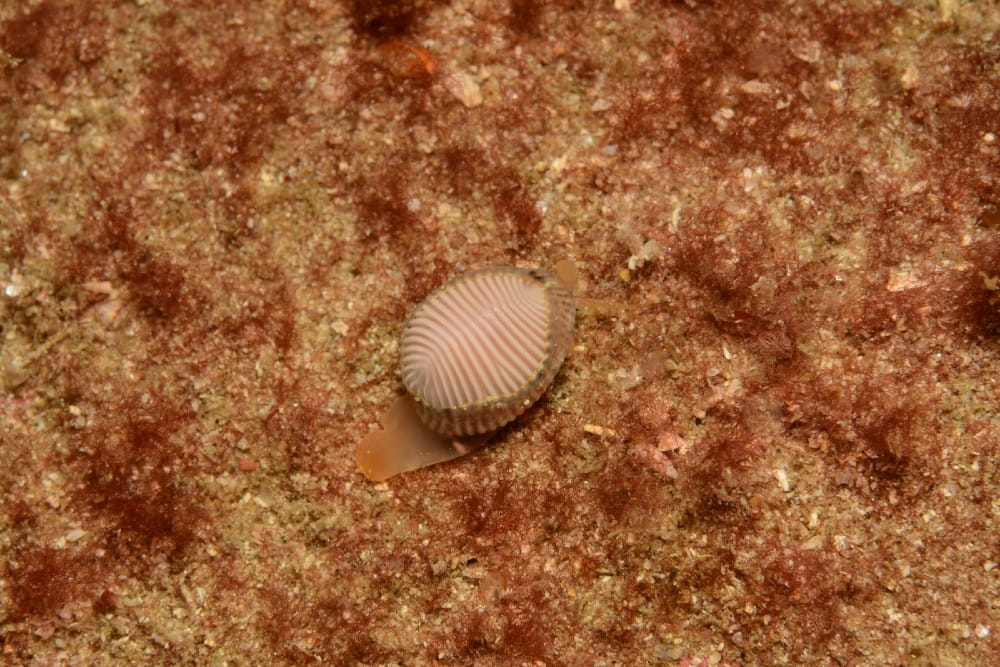 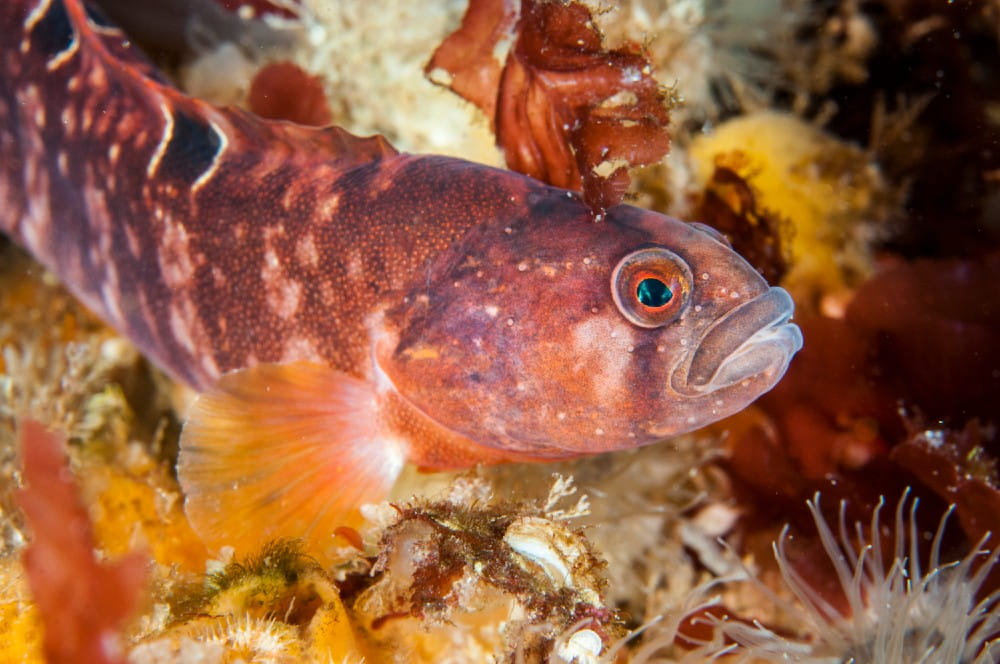