Shapinsay is one of the most accessible of the North Isles and is easily reached from Kirkwall, on Mainland Orkney, by a short ferry journey across Shapinsay Sound.

Shapinsay is one of the most accessible of the North Isles, easily reached from Kirkwall on Orkney’s Mainland by a short ferry journey across Shapinsay Sound. Approximately 7 km by 7 km in size, much of the island is covered by rich and fertile farmland. The Balfour family, who gave Shapinsay’s castle its name, revolutionised Shapinsay’s farming in the 18th and 19th centuries, leaving a legacy of neatly arranged symmetrical fields and straight roads which can still be clearly seen today.

Shapinsay’s coastline varies from rock platforms and low cliffs to sandy bays and long shingle beaches. Storm beaches impound lochs on the north and east coasts, and this arrangement of freshwater nearby the sea increase the liklihood of spotting one of the otters found around Shapinsay’s shores. Common (harbour) and grey seals (“selkies” in Orcadian dialect) frequent and breed on the rocky coasts, and common seals can even be seen on the shore directly in front of Balfour village.

Significant exposure to sea spray influences the south-east coast where on East Hill, Shapinsay’s largest area of remaining moorland, dry heath transitions into maritime heath and maritime grassland towards the cliff edge. These heathland habitats support a wide variety of breeding birds, including birds of prey and cliff-nesting seabirds.

The cliffs on the south-eastern corner of Shapinsay offer scenic views of a dramatic geological landscape. During the Devonian geological period 416-359 million years ago, Orkney, Shetland, Caithness and the Moray Firth were part of a huge freshwater lake known as Lake Orcadie. Over time, eroded sediments washing into the lake from ancient rivers created deposits that eventually formed sedimentary rocks, widely known as ‘Old Red Sandstone’.

Sea caves and other cliff structures

Thousands of years of erosion from sea, wind, rain and ice have carved Shapinsay’s sandstone cliffs into impressive formations. These include sea stacks, arches, narrow inlets (“geos” in Orcadian dialect), sea caves, and dramatic blow-holes or ‘gloups’ that form when an inland section of a sea cave roof collapses. Shapinsay’s most spectacular rock formations include the Geo of Ork, at its northernmost tip and, at its southeast corner, the Foot of Shapinsay, a set of three sandstone columns arching into the sea.

Sea caves can vary in size from only a few metres across to extensive systems reaching hundreds of metres into the rocks underlying the land. Caves are extremely harsh, dynamic environments where wave pressure forces, rock and sediment abrasion, and freshwater seepages lead to erosion that continuously shapes the cave depending on the structural properties of the bedrock. These physical forces, and the sudden transition from light to darkness, create the unique environmental conditions that characterise sea caves.

The communities of seaweeds and creatures that live in different parts of a sea cave reflect the amount of wave surge, scour, and light present at a particular location. Beyond full daylight, the shade-tolerant red seaweeds colonise areas near to cave entrances along with animal ‘turfs’ that include sponges, anemones, sea squirts, hydroids and bryozoans. These turfs become more dominant in well-shaded areas at the mouth of caves and in dimly lit areas further within. The diversity of filter-feeding animals that make up this mosaic consume food particles carried into caves by waves and the rise and fall of the tide. Hardy barnacles and tube-building worms thrive in more wave-swept zones. Where wave surges within a cave are too strong or where stones tumble back and forth on the cave floor it can be difficult for any animals or seaweeds to establish themselves. In these areas the rock remains bare and can sometimes appear polished. Sea caves provide a plentiful food source for scavengers like crabs, while birds such as shags and rock doves roost and sometimes nest on ledges within caves. The beaches at the innermost reaches of sea caves can provide the most secluded of resting locations for seals to haul out. 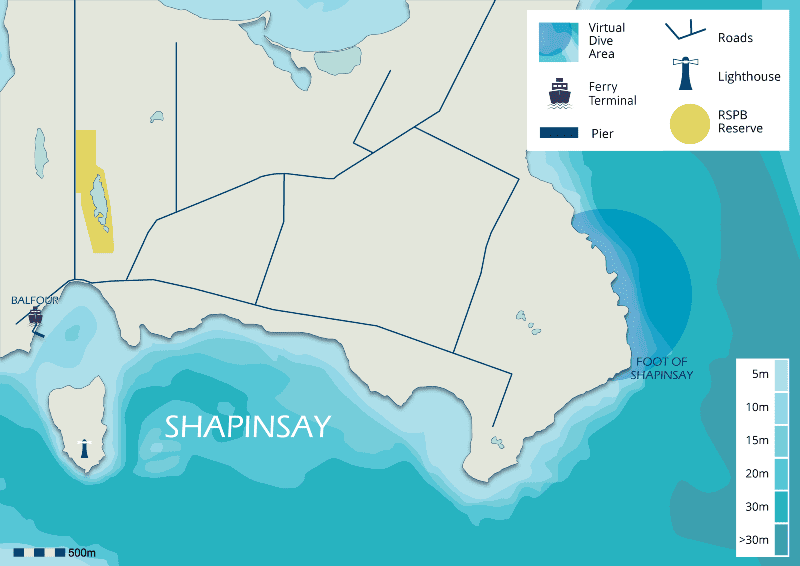 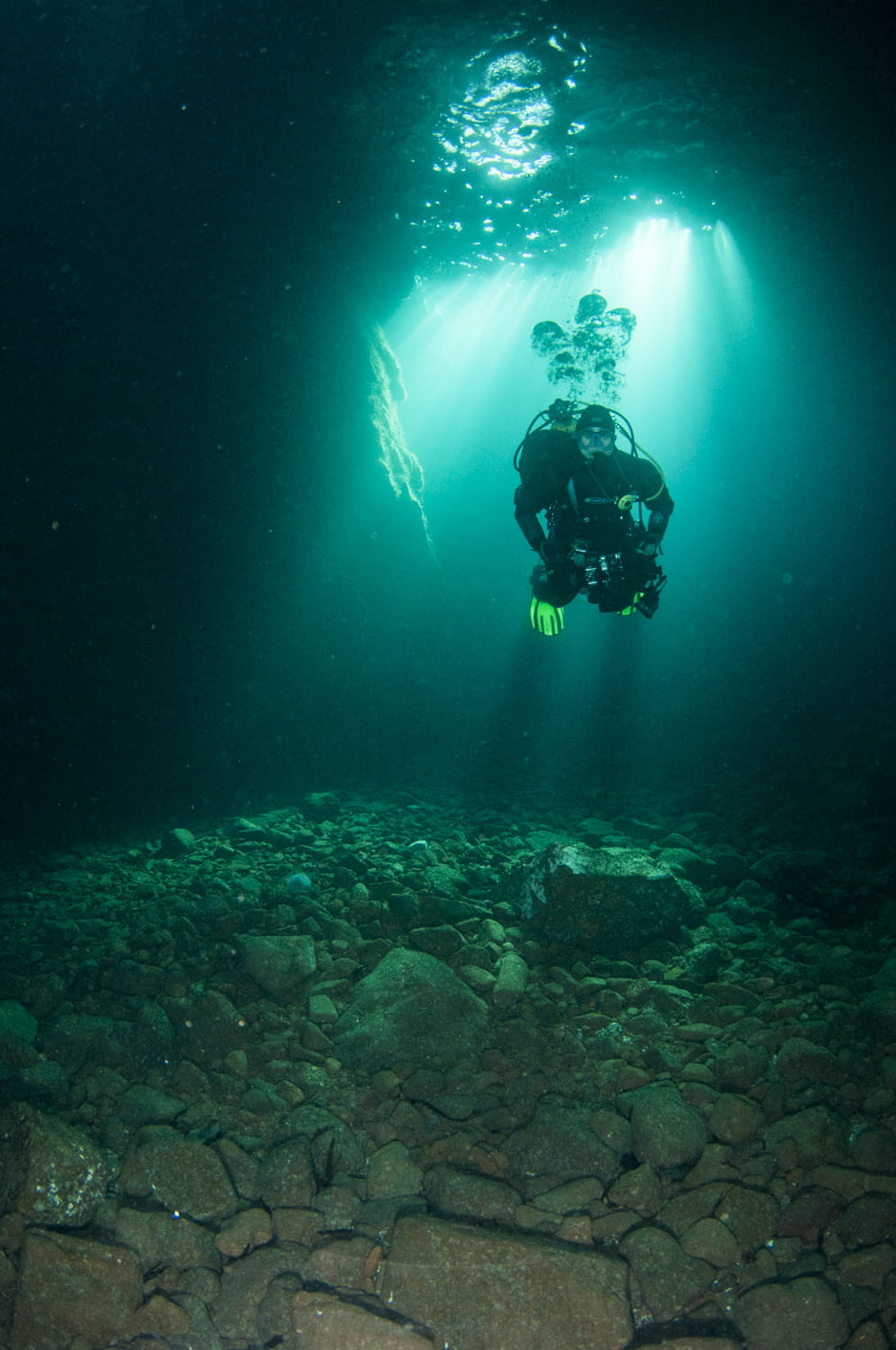 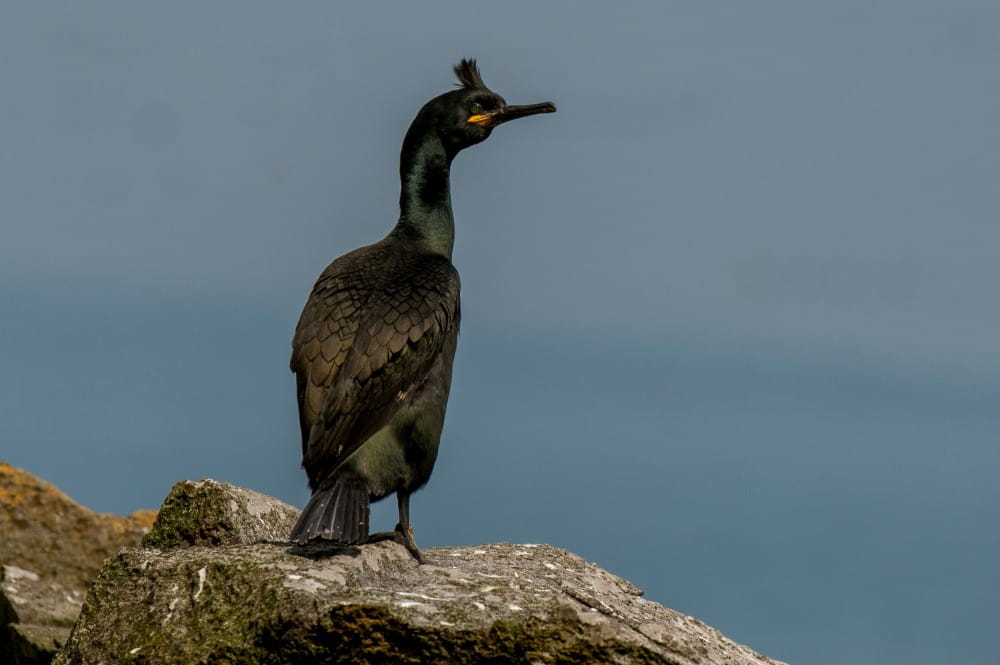 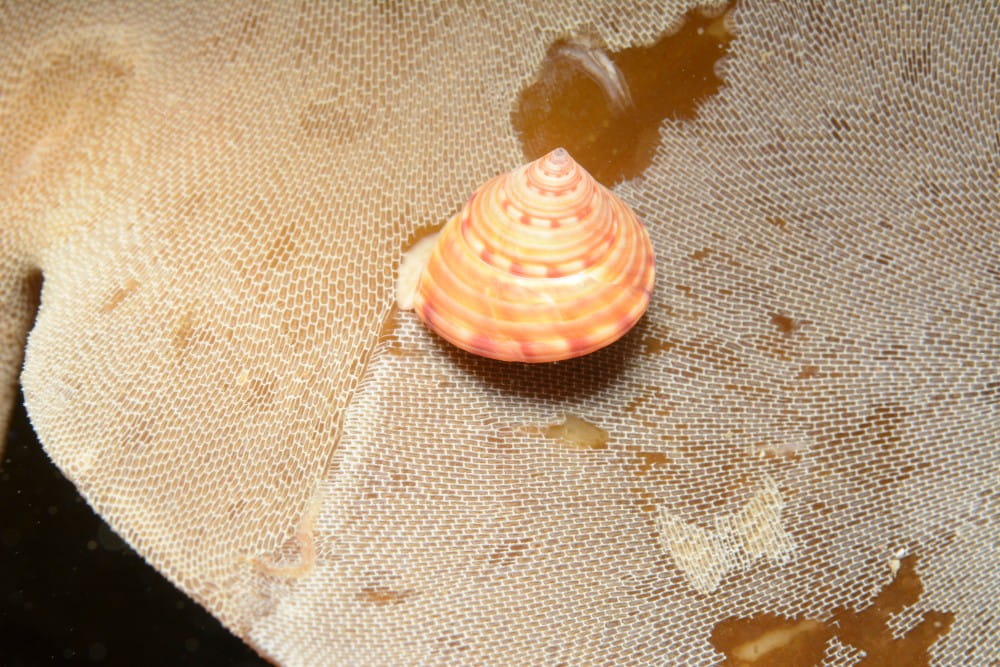 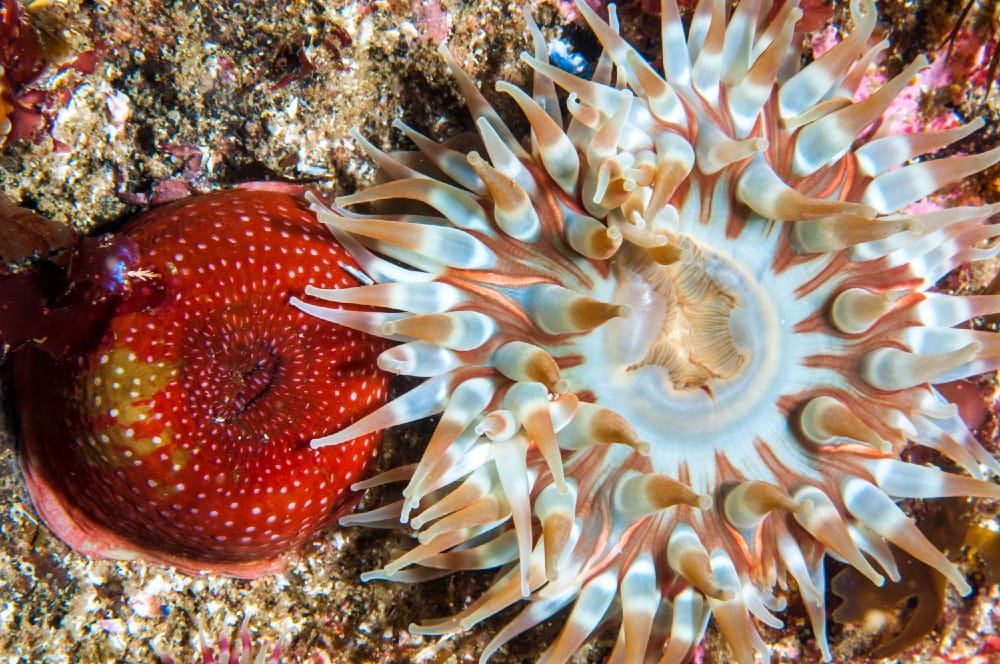 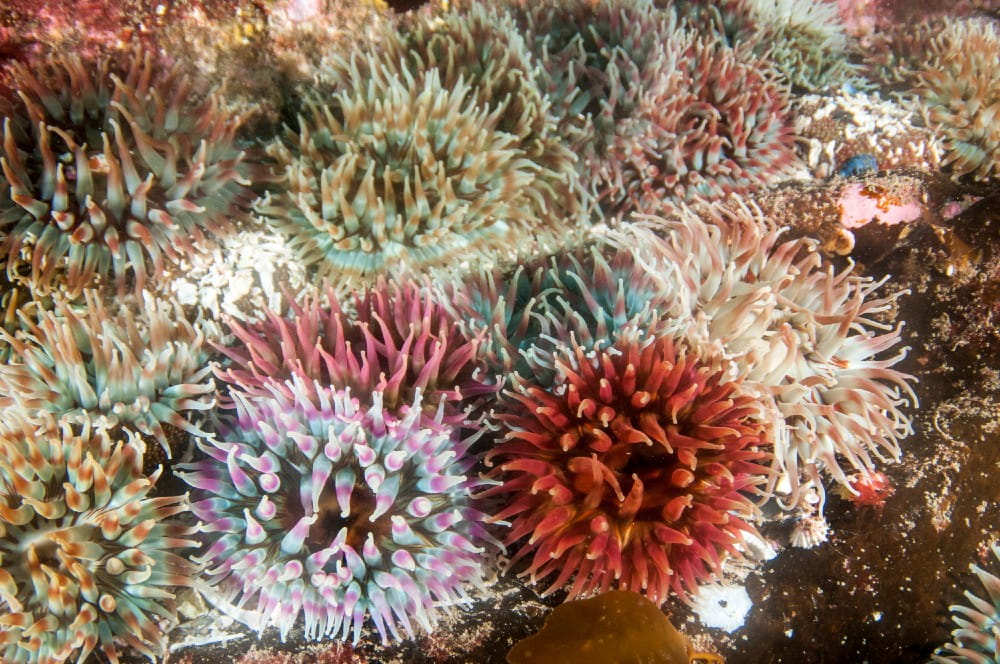 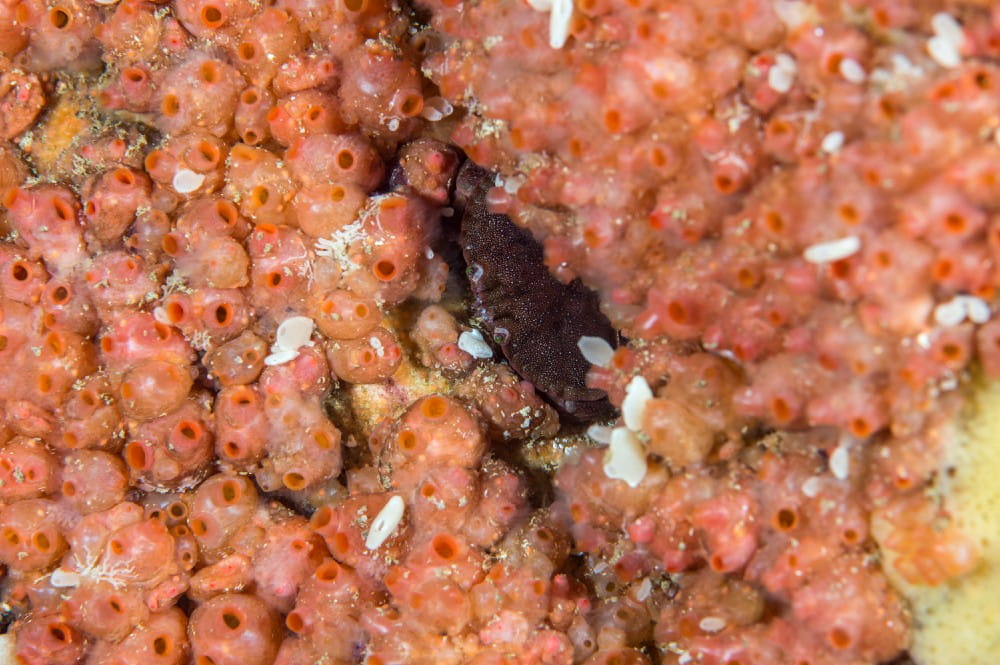 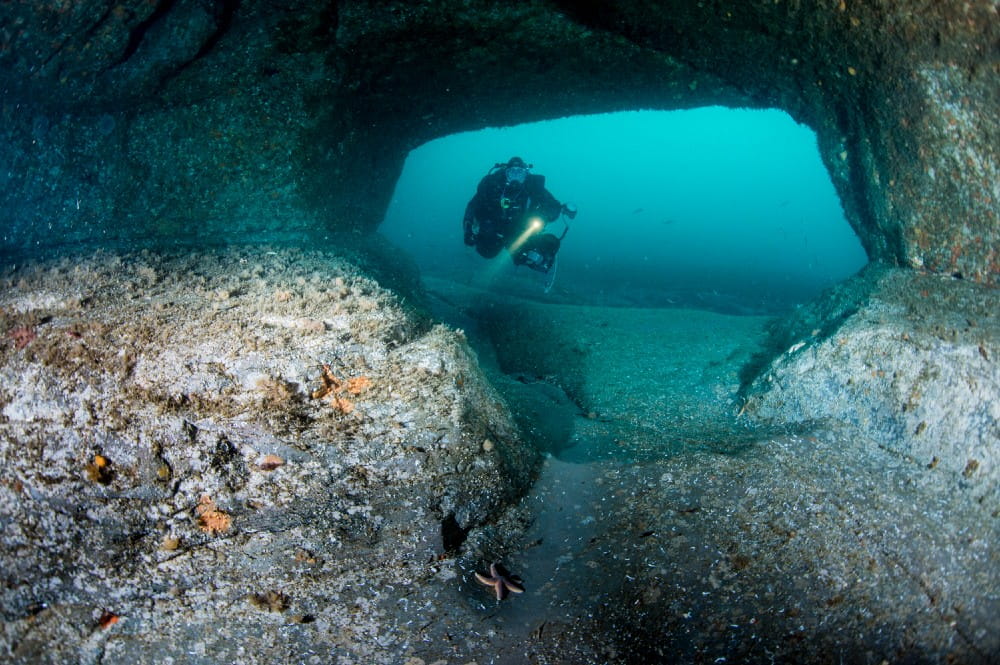 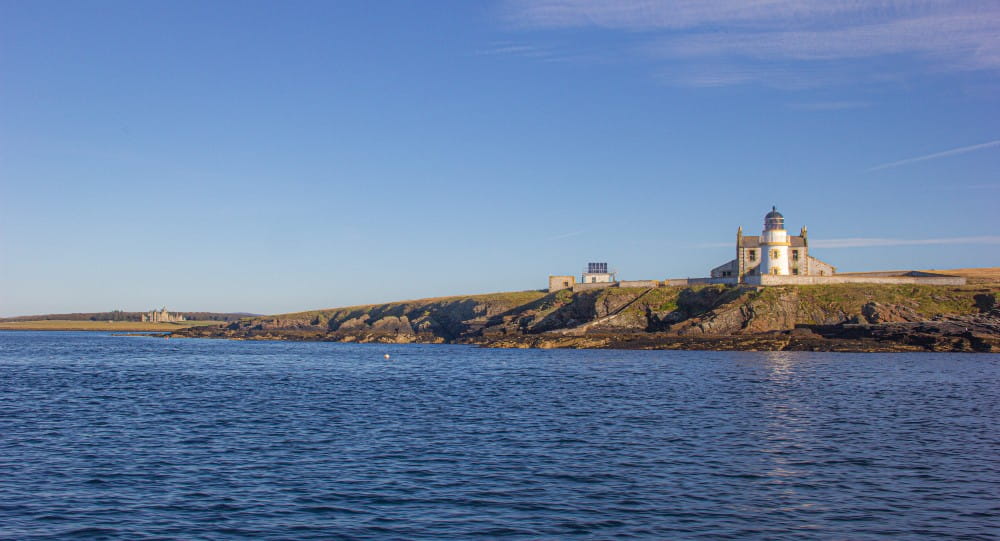 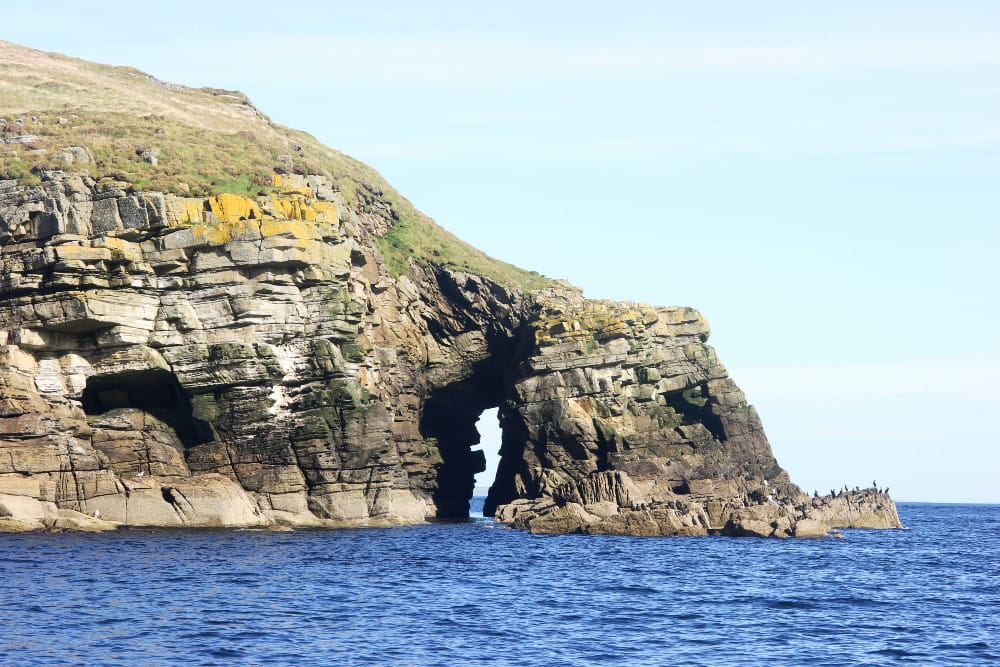 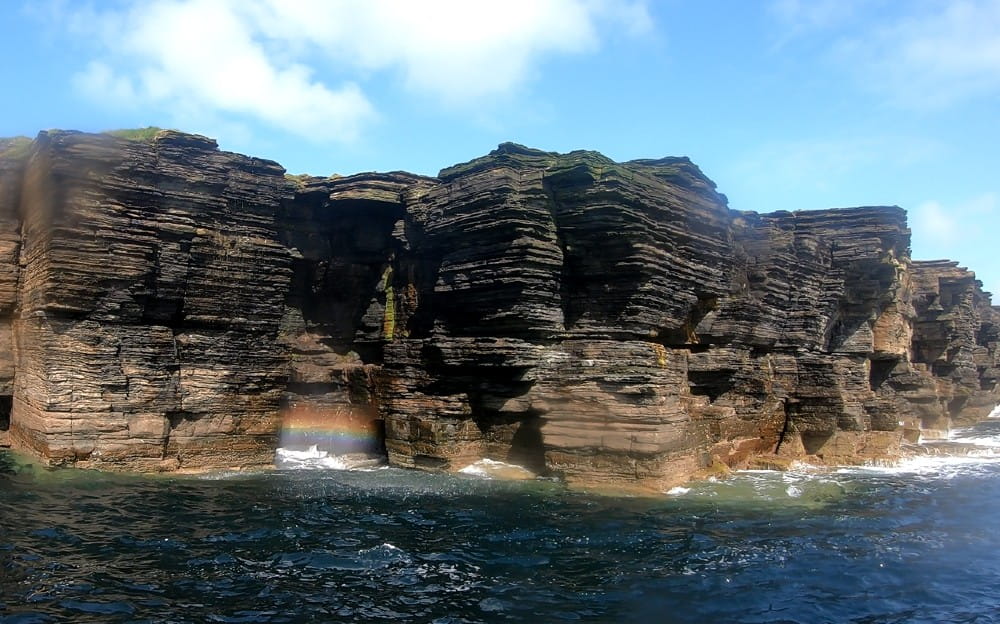